Contemporary Chinese film and science fiction often depicts sacrifice for the sake of a better future – technologically and industrially advanced, and based on massive-scale long-term planning. Little wonder when its industrialization produces vast developments such as those announced in Xinjiang and Qinghai this week: five solar projects signed in Xinjiang’s capital, Urumqi totalling 17 GW, and a tender for a 3 GW solar, 1 GW/2 GWh energy storage complex in Golmud. Golmud is the second-largest city in Qinghai province, which adjoins Xinjiang and Tibet.

A lot of China’s early solar development occurred in these sorts of far-flung but sunny places, before being hampered by curtailment and distance from the heartland. Industry efforts shifted east, and into Inner Mongolia, a desert province located far closer to Beijing with more rapid industrial development. But recently there has been a resurgence in the remotest desert provinces – Xinjiang, Qinghai, and Tibet – enabled by new transmission lines, including the fairly novel Ultra High Voltage Direct Current (UHVDC) cables which suffer vastly lower resistance losses, especially over long distances.

Xinjiang in particular, which has some of the lowest electricity prices in the world, is seeing more industrial development. To meet the energy needs of the provincial Capital, and get on track for emissions targets, five megaprojects have been arranged within Urumqi, totaling 17 GW in capacity. Despite being located perhaps 100 kilometers away from the city center, these will still technically be within its administrative boundaries – because all five will be sited in Midong District, which includes a vast triangular tranche of the Gurbantunggut Desert. Contrary to what you might assume, China’s government is highly decentralized on a regional basis. Perhaps this is another example, with city authorities wanting their power plants physically located under their administrative control. 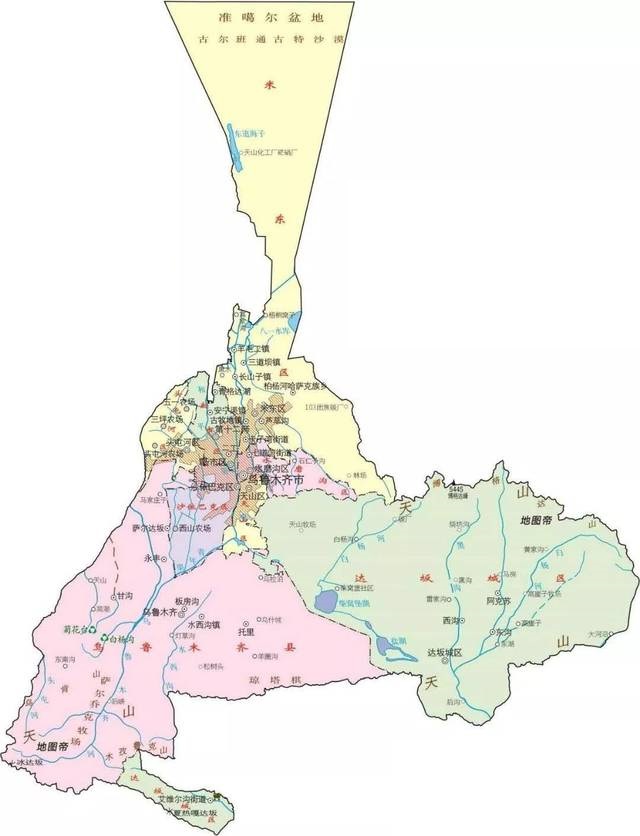 These five solar projects were the center-piece of twelve projects signed at the Shenzhen Investment Promotion Conference in the wealthy southern coastal province of Guangdong – all told, the investment announced for Urumqi that day came to $18.2 billion dollars. The other investments included an electronics factory for small appliances, targeting the nearby Russian and Central Asian markets.

One of the main industries which has been attracted to Xinjiang recently is silicon manufacturing – the province probably holds half of global supply, or even more now. The market development manager of the single largest of these solar projects, a 6 GW, $3.7 billion “agriculture, solar and animal husbandry integration project” to be built in 3 years, specifically mentioned the silicon industry as an attractive feature – as silicon manufacturing is energy intensive and thus highly dependent on cheap electricity. An official at Huadian Fuxin Energy, developer of a 5 GW project, reflected on the importance of national carbon emissions targets for 2030 and 2060 – but also the proximity of the Ganquanpu Economic Development Zone in the capital.

Another of the five projects, Hefei Zhongnan’s 3 GW complex, is also an “agriculture, solar and animal husbandry” project, or agri-voltaic project. While the physical overlap of solar and agriculture is starting to take off in the West, especially in France, it’s especially pronounced in China, which has scores of solar projects built on platforms over fish farms in its eastern lakes. For such fish farms, occluding some sunlight is mildly useful to control algae growth.

As for the tendered 3 GW solar, 1 GW / 2GWh energy storage Multi-Energy Complementary Integrated Base in Golmud, Qinghai Province, it’s mostly notable for including a 50 MW supercritical carbon dioxide concentrated solar power (CSP) plant. Most of the energy storage will presumably be lithium-ion batteries, but a 50 MW CSP plant could easily provide 10-hour storage, which would amount to 500 MWh. As for supercritical carbon dioxide, that’s a very promising alternative heat transfer fluid for CSP plants, instead of molten salt – not least because its physical properties allow it to turn steam turbines more efficiently, with say 40% efficiency compared to a Rankine Cycle’s 33%.