This week, a 2 GW agri-voltaic project was announced under development by Jinko Solar, to be integrated with farmland in China’s far north-eastern Heilongjiang Province. It feels like such space-saving projects are announced more and more frequently in China these days, with each week seeing a couple more agri-voltaic and solar-fishery projects announced, mostly over 100 MW in scale.

The week a tender has been issued for a 300 MW third phase at Taishan Fishery, Guizhou City, in the south coastal province of Guangdong, and Trina Solar’s 210mm, 545 W modules were used in a 50 MW agri-voltaic project to save on the cost of the platforms used to keep the panels of such projects a meter or so clear of the surface.

Back in March, the largest “complementary fishing and solar” project in the country was a 260 MW site underway in Anhui province. This has clearly been surpassed now, with two 500 MW projects under way also both in Guangdong Province: one on a tidal flat near Haiyan Town, and the other set up on platforms over fishing ponds in Qingyuan City. 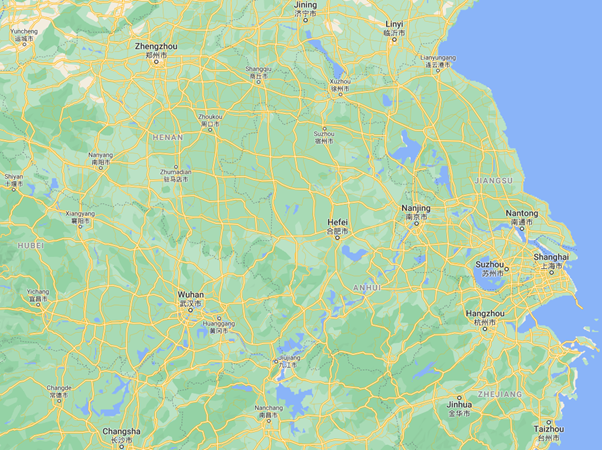 These eastern lakes are a major reason China so dominates fish cultivation, with 63% of global output in 2018. Increasingly, they are also being used as sites for solar deployment – usually placed on platforms two meters or so above the water when the waters are shallow enough to allow it; that leaves plenty of room for fishery workers to pass in boats. Trina Solar estimates that 30 GW could be developed on China’s lakes, using very conservative estimates of how many MW could fit in each square kilometer – the true figure could be at least several times greater.

In China’s big solar development burst in the earlier 2010s, much of the solar development occurred up in the deserts, especially Xinjiang. The reasoning was obvious – low land cost and better sunlight than the cloudy east, and by the standards of Chinese national infrastructure projects, a couple of thousand kilometers of transmission lines is nothing special. Even so, those transmission lines added to project cost, while even High-Voltage Direct Current (HVDC) lines see over 5% losses over the distances. Worst of all, curtailment of renewable generation was frequently in double digits.

In reaction, limits were imposed on new developments in those regions, and these days development has shifted to the East and to Inner Mongolia. In the part of China that contains the better part of a billion citizens, land is in much shorter supply, so that’s where the “agri-voltaic” and “complementary fishing and solar” projects benefit.

From the perspective of the fisheries themselves, profits from solar generation outstrip profit from fishing for a given area; one fishery in Jiugongshan Town, Hubei Province, reported this week its new “poverty alleviation” solar-fishery project generates five times the profit compared to the fish yield from the same water body. A Taiwanese study found that the obstruction of light from solar panels placed on platforms above a pond only reduces fishing yields by around 10%, while producing far greater revenues – so as long as the initial investment can be afforded, it’s a huge upgrade that leaves the fishing business intact.

Taiwan, along with South Korea and Japan, stand to benefit even more than China from such projects, due to higher population density and no deserts available as backup. The Taiwanese solar sector in particular, which is otherwise in good shape, has been struggling this year with land availability, and regulations on the use of agricultural land, even while ecological groups are raising alarms about animal habitats. On Wednesday a 43.6 MW project was announced on fishing ponds by Taiwan Cement and TTC Green Energy, which will be the country’s first large-scale project of this type.

Taiwan wants to reach 25 GW of solar in 2025, and since offshore solar isn’t a mature technology, that will push for all onshore avenues to be explored. The country’s Council of Agriculture wants 80 square kilometers of fish farms and 60 square kilometers of agricultural building roofs to be used to host 7 GW, but many such buildings already have installations or are in highly inconvenient locations for transmission.