There is a new EV base SPAC in town focused on the US bus market, but this time it involves a ten year veteran business, Proterra, which has already sold over 1,000 buses, to 130 customers across 43 US states. It claims that its ZX5 range of buses have travelled over 16 million miles in service and they offer a range of over 300 miles per charge.

A number of SPACs (special purpose acquisition companies) have been arranged in the past months, as a quick route to public markets in the US. However a number in the EV and Fuel Cell space such as Nikola and QuantumScape have first seen prices rise dramatically, and then seen the stock crash and burn, either because investors fear that the technology is no yet mature or because some critic of the stock has pointed out past misdemeanors. 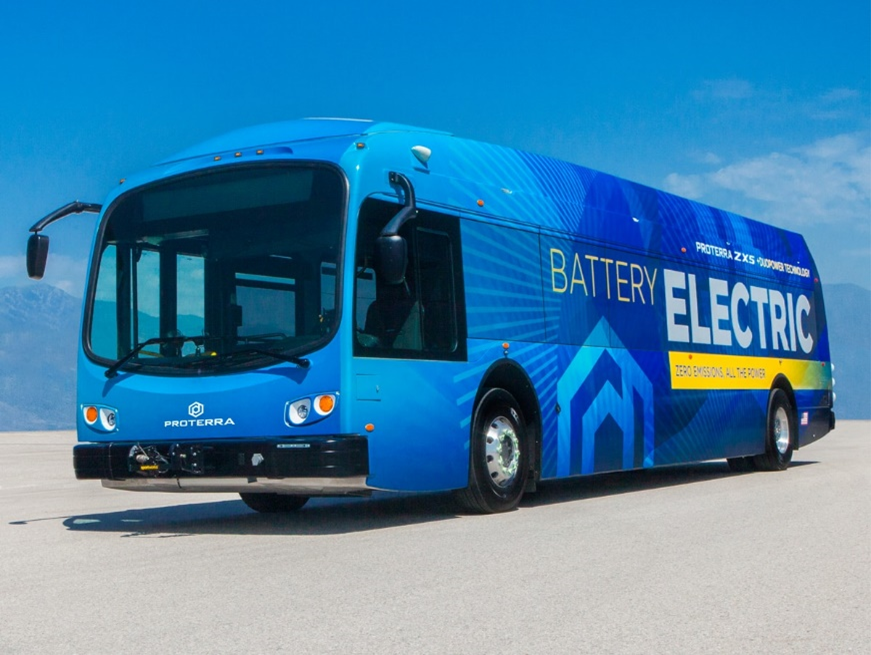 Proterra looks to be a stock that will avoid this, once the deal to merge with ArcLight Clean Transition completes later this year. Already ArcLight has seen its stock surge in a straight line up, a rise of 65% on announcement.

This is perhaps because Proterra is not actually pre-revenue, as both Nikola and QuantumScape were, and expects $193 million in 2020 revenues, and holds $750 million in orders. It also has a number of major car makers behind the deal, including Daimler, General Motors and BMW.

GM and BMW got involved in the last 2018 financial round which raised $155 million for the business, and Daimler is also behind this particular funding round that will include a $415 Million PIPE (private investment in public equity) investment anchored by Daimler Trucks and a handful of private equity groups. This will see some $825 million in cash available to the company, inserted on a valuation of $1.6 Billion. Already the Arclight business has jumped to a valuation of $874 million, anticipating the deal closure. Both boards have agreed the SPAC, but interestingly a lot of ambulance chasers, in particular lawyer led groups, have a tendency to file suit, just because these businesses use SPACs, anticipating trouble, which are usually shown to be groundless. But this is perhaps why this deal is waiting for a shareholder vote before it goes ahead.

Just last month Proterra announced its next generation EV battery manufacturing facility at its Los Angeles County bus manufacturing plant and also signed a deal with the United Steelworkers Local group to employ and train members of the union and Proterra committed to hiring 50% from communities facing significant barriers to employment, including people of color and war veterans.

The new design of battery has been designed with the help of LG Energy Solutions and will see Proterra’s business able to raise battery sizes to 675 kWh, further lengthening their range. Proterra boasts a number of senior management who previously worked at Tesla, and it has worked with LG engineering for many years.

Proterra also says it has delivered over 300 MWh of battery systems to date and installed 54 MW of charging systems. Typically for buses the charging systems are at either end of the bus run. Expect the stock to fly once the merger is complete.

Meanwhile Chinese electric bus giant BYD says it was won an order for 1,002 pure-electric buses in Bogotá, Colombia with the Bogotá City Public Transport Authority, and won it in open tender against all bus types – in other words it was not specified as an EV project.

BYD claims this is the largest order for pure-electric buses outside of China to date, which sets a new record in sales volume for the overseas pure-electric bus industry. Initially the tender was for 1,295 buses and BYD has partnered with local bus makers Superpolo and BUSSCAR on bus body parts to be delivered through 2021 and into the first half of 2022.

So far, BYD says it has won 1,472 orders for pure electric buses in the Colombian capital and elsewhere across Latin America it has delivered 455 electric buses in Santiago, Chile – a market share of about 56% and has sales in Brazil, Barbados, Panama, Costa Rica, Uruguay and Argentina.