The Department of Commerce’s Anti-Dumping and Countervailing Duties (AD-CVD) investigation into solar imports from Vietnam, Cambodia, Malaysia and Thailand continues to menace the US solar sector. A month after the initial March 25th announcement the fallout continues, with a Solar Energy Industries Association (SEIA) member survey finding that 83% of its 730 respondents (as of the 26th of April) have had module supplies cancelled, with 318 utility-scale projects, 51 GW of solar, 6 GWh of batteries, and $52 billion of investment at risk.

The US doesn’t have a full-size solar manufacturing industry lying moribund and waiting to spring into action: it has an industry that never developed to the scale of 2022 in the first place. There is just one major company, First Solar, and a lot of start-ups. Take the company which petitioned the Department of Commerce, Auxin Solar, with its 100 MW of production capacity. If it doubles that every two years, it will have reached 6.4 GW output – still tiny compared to the Chinese giants – in 2038. There are many other small solar manufacturers, some of them very interesting and high-quality, but they simply don’t have the scale.

The SEIA has put out a forecast halving expected solar deployments in 2022 and 2023, with 24 GW less solar installed. SEIA’s forecast also predicts 100,000 job losses, while the American Clean Power Association (ACP) predicts 38,000 lost jobs. The SEIA survey also states that even US solar manufacturers will be affected negatively, at least in the short term, with imports of manufacturing equipment being affected.

NextEra Energy expects the Department of Commerce to decide against imposing anti-dumping tariffs on Indochina, and there will be a preliminary determination in August – so we are looking at potentially four months of uncertainty. NextEra also says it is shifting up to 2.8 GW, around half of its 2022 solar-plus-storage construction, into 2023. Final determination by the Department could take longer than that, and then there would be a further wait of up to two years if there were tariffs, for the decision on how high they would be – and those could be retroactive.

These four Indochinese countries are the source of more than 80% of US solar module imports, mostly courtesy of Chinese companies, with those modules having a lot of their components manufactured in China itself. Consider that NextEra Energy has been able to talk up its wind developments to soften the blow. 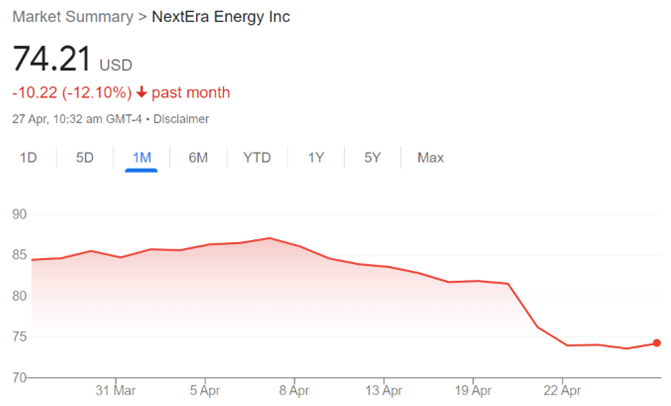 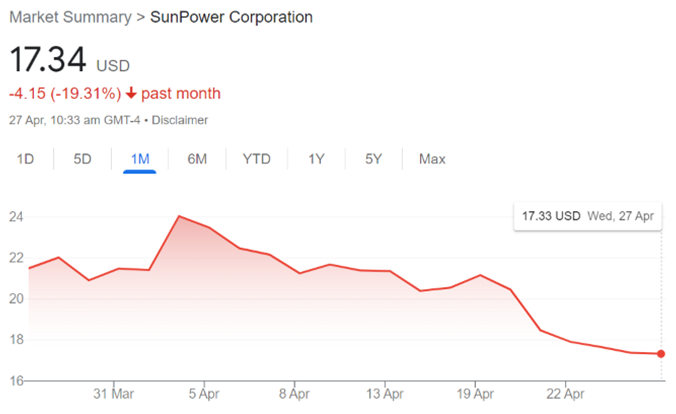 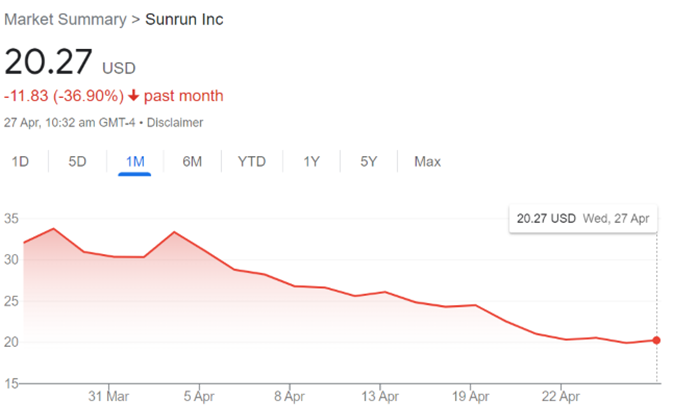 This kind of petition to the Department of Commerce has been raised repeatedly during the Biden Administration. First there was the American Solar Manufacturers Against Chinese Circumvention (A-SMACC) grouping of anonymous companies petitioning in August 2021, and rejected in November, with the anonymity cited as the prime reason for rejection.  Auxin Solar’s petition was then filed in February 2022 – so first you have multiple companies petitioning anonymously, then one very small one in public. Where the failed A-SMACC petition targeted foreign companies, the so far successful Auxin petition mentions companies but targets countries.

The only relevant reassurance the solar industry has received in this period has been a directive from Department of Commerce’s Gina Caramond to “integrate climate considerations into its     policymaking”.

One interesting theory put forward by NextEra CFO Kirk Crews is that the solar module exporters are deliberately withholding their products from US developers, so that developers will pressure the Biden Administration to cancel the DoC probe.

NextEra has stated that “We believe the Commerce Department already settled this issue when it concluded in 2012 that the process of converting solar wafers into electricity-producing solar cells is technologically sophisticated and the most capital-intensive part of the solar panel manufacturing process… when that occurs outside of China, the sales are not subject to the 2012 antidumping and countervailing duties applicable to Chinese solar cell imports. The Commerce Department’s later rulings in 2014, 2020 and 2021 are consistent with this”.

There may be technical merit to the circumvention allegations, but we can’t know the full truth as Chinese companies have been instructed not to co-operate with foreign inspection, just as with Xinjiang polysilicon “forced labor” supply chain inspections.

In any case, the decision on where to draw the line should be part of a coherent solar development policy. Since the Biden Administration has not been able to get the budget reconciliation past Senator Manchin, which would include Senator Ossof’s SEMA Act solar manufacturing subsidies, the US could end up in a worst-of-both-worlds scenario with tariffs on imports and no domestic production incentives, just before Republicans sweep the House and the Senate to seal the deal. In that case the solar industry would shrink and stagnate for years and President Biden’s ambition of a clean power grid by 2035 would die on the vine. But that’s only if the Department of Commerce decides to take action, which it probably won’t.

The confused situation in America contrasts with India’s conduct – India has brought in a hefty 40% / 25% module and cell tariff from April 1st, but only after putting into place sweeping manufacturing subsidies, incentives and tenders, and only after waiving existing tariffs for a few months’ grace period in which imports nearly tripled. The decision to implement the Basic Customs Duty (BCD) was made by the President and announced well ahead of its imposition, instead of being vaguely threatened by a regulatory body. And even then, India’s protectionism will cut into its solar deployments.

Anti-dumping tariffs on solar can be as high as 250% – completely exclusionary. It’s the last thing the solar industry needs when it’s already struggling with naturally-occurring price increases generated by the supply chain woes of the post-pandemic era – US solar imports already fell in Q1 2022, before the impact of the petition.

The world of renewables this week
Russia too late to weaponize supplies, halts gas to Poland, Bulgaria