The world is getting closer to witnessing an historic moment as the first ever unmanned transatlantic hydrogen flight is in the works. H3 Dynamics, an aerospace engineering firm who has been developing an all-electric hydrogen propulsion system, is teaming up with Hylium, an R&D (Research and Development) venture spin-off from the Korean Institute of Science and Technology, in order to make use of its proprietary cryogenic liquid hydrogen storage technology. 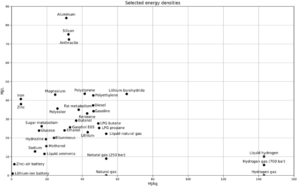 The benefit of liquid hydrogen over gaseous hydrogen is an increase in density which in turn leads to a larger energy density – more hydrogen molecules occupy a given volume in liquid form than in gaseous form, hence more bonds can be broken and more electrons can be extracted by a fuel cell and then fed through an electric motor which propels the plane forward. Volume is a crucial asset in aerospace applications as less volume is directly corelated to a decrease in weight which implies a lower energy expenditure required by that mass when moved from point A to B through the air. The drawback of liquid hydrogen is the fact that the gas needs to be cooled to cryogenic temperatures of -253 Celsius which require extra energy and a storage tank with a higher degree of thermal insulation – not to allow any heat from the outside to heat up the liquid and make it boil and thus turn back into a gas.

Designs of cryogenic hydrogen tanks have already been tackled by companies like Universal Hydrogen which Rethink wrote about in the past. The company claims that it achieved 100 hours of dormancy time – the total amount of time available for airline operators to use the fuel before it starts to boil.

H3 will thus benefit from increased range for all its designs, including hydrogen airships, multi-rotors and vertical take-off and landing. Last July, H3 flew a 25kg hydrogen-electric UAV (Unmanned Air Vehicle) in France which covered 400km in a single tank. The same UAV would reach 900km by using liquid hydrogen instead of gaseous, claims H3.

“When combined, our global best-in-class solutions achieve the global performance limit for low-altitude electric powered flight” says Taras Wankewycz, CEO of H3. “We are proud to be working with Hylium to move hydrogen-electric flight propulsion to the next level. ”

Hylium and H3 technologies will now be integrated to attempt the world’s first zero emission transatlantic flight – a 3,300km journey over the South Atlantic – in a program led by ISAE SUPAERO Toulouse, one of the world’s leading aerospace engineering schools. The H3 team developed a special fuselage design that can store a small liquid hydrogen tank and manage the thermal behaviour of all the propulsion sub-systems.

This will most certainly act as a trailblazer for a first manned, commercial hydrogen flight over the Atlantic Ocean that we expect to see after 2030 – just over 100 years after the first ever manned transatlantic flight took place in 1919 when British aviators John Alcock and Arthur Brown flew a modified First World War Vickers Vimy bomber from Canada to Ireland.

Also in the world of sustainable aviation – but not quite zero emission aviation – the first transatlantic flight powered by 100% Sustainable Aviation Fuel (SAF) will be fulfilled by Virgin Atlantic at the end of the current year. One of its Boeing 787 planes powered by Rolls Royce Trent 1000 engines will depart London Heathrow and head towards JFK in New York. The project is being funded by the UK Government at a cost of $1.22 million. The aim of the project is to gather data over the behaviour of SAF –    a mixture of hydrocarbons almost identical from a chemical point of view with Jet A (the current choice of aviation fuel) – and to prove to the world that sustainable aviation is feasible.

One big misconception about this – that is conveniently never talked about – is that sustainable doesn’t also mean zero emission. SAF produces virtually identical in-flight emissions when compared to Jet A but it is deemed a net-zero fuel because the feedstock used for its production is organic matter that would otherwise rot and release a multitude of greenhouse gases into the atmosphere, as opposed to Jet A which is produced by refining oil dug out of the ground. This means that the entire aviation industry will continue to produce the same amount of emissions in flight even if it were to switch to SAF exclusively and ditch Jet A, but at the same time displace them from other industries like agriculture for example – agricultural waste seems the most favourable feedstock for this kind of application.

A more in-depth analysis of SAF and hydrogen aviation can be accessed in our 2050 aviation industry forecast.

Britishvolt, a death flag for the UK battery industry?
State Grid to invest $77 billion in the power grid in 2023