Indonesia finds itself caught between coal and a hard place

Indonesia is a young country, and before World War II was part of the Dutch East Indies, which was overrun by Japan in the war. It has had two successive 25-plus year military governments since its independence in 1945, and it has only had since 1998 to find its way in the world with a democratic Presidential government.

It is trying to make up for lost time, and where renewables is concerned it talks a good game, but its government keeps falling back on the coal industry as the basis of its economic growth map – and this is getting slap bang in the way of progress.

It is 28 degrees Celsius all year around in Indonesia, and air conditioning is more important than heating, but today biomass (burning wood) is still used for heat and cooking in at least 21% of homes.

Indonesia generates 1,031 KWh of electricity a year for each of its 275 million population – by comparison that’s less than a quarter of China, a 12th of the USA, but marginally ahead of India. 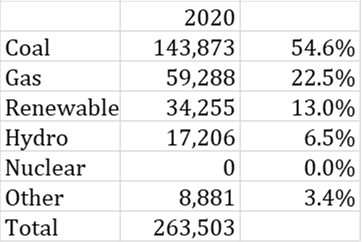 That heavy dependence on fossil fuels and a complete lack of nuclear, means that the country has a huge tradition in mining, and not just for coal. The country has huge natural resources but has a major problematic geography for the delivery of electricity, being as it is, spread across 17,000 islands.

The country is the largest member of the Association of South East Asian Nations (ASEAN), and is a trading bloc which boasts 550 million people, and includes most of its neighbors – Brunei, Myanmar, Cambodia, Timor-Leste, Laos, Malaysia, the Philippines, Singapore, Thailand and Vietnam.

A good many of these such as Thailand, Malaysia and Vietnam, are far ahead of Indonesia in renewable energy. Because it is such a powerful bloc the mostly forested nation trades raw resources with a wide range of partners, but has very recently – the last two years – had terrible trouble exporting its excess coal.

Previously coal, nickel ore, finished steel, and tin all made good contributions to the country’s exports, along with agriculture which includes rice, sugarcane, coffee, tea, tobacco, palm oil, coconuts and spices. It is the largest exporter of palm oil in the world. Its industrial sector also produces textiles, cement, chemical fertilizers, electronics products, rubber tires, clothing and shoes – many for export to the US. 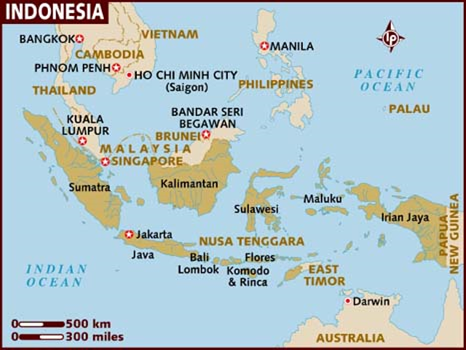 Coal exports to China and India in particular have, until recently, kept 5% of the country’s GDP coming from coal, and it is the third-largest coal producer with a total output of 450 million tones until last year, when it fell to 400 million. Over 300 million tons of that is exported.

In terms of ease to carry out business, Indonesia is ranked 73 in the World Bank’s Ease of Doing Business ranking, but remains behind its ASEAN compatriots Malaysia, Thailand and even Vietnam – which with a centralized government and centralized control of all energy, is not simple for energy providers.

The World Bank has gone on record saying that rigid employment regulation is hindering Indonesia’s ability to trade and there are some restrictions on overseas investments. Effectively there is a list of business types in which overseas people cannot own shares directly and these must be owned by Indonesia nationals. Even when you are allowed to start a business there, it requires a considerable up-front cash supply established at a bank first.

By 2024, the Government says it will establish an emissions trading scheme, whereby CO2 emitters we will be subject to quotas and trading arrangements. But like many promises in Indonesia, this development is likely to be pushed back.

Indonesia’s renewable energy is almost entirely down to bioenergy and bio fuels which seems to suit its forest economy. Of course solar irradiation is perfect, as are the surrounding waters for floating solar. There are few places with sufficient wind for profitably placing wind turbines, except in the sea.

When Indonesia talks about funding renewables it is always 5 years away – and from 2025 onwards it expects a rapid expansion of renewable energy. It also rarely talks about solar and wind when it talks about renewables, instead the government is fixated on adding 8,686 MW of hydropower capacity, 4,266 MW of geothermal and just 2,271 MW of wind, solar and other renewables by 2028. This is expected to cost around $35 billion of which the government says it will offer around 25% in subsidies to stimulate businesses to make this happen. Indonesia claims to have geothermal power potential of some 28 GW and in 2019 Engie built one of its first geothermal resources, an 80 MW geothermal power plant.

Right now, as the coal industry is on the brink of financial collapse there is a bit of a chicken and egg conversation going on – the government is torn between building more coal plants so that lost export revenue on coal mining can be supported by the electricity industry with 20 further new plants, while it has set a target for renewables investment by 2030 to create 23% of the electricity mix from renewables, but perhaps not before it has “saved” the coal industry.

Essentially there is a segue here into modern industries if Indonesia only sees this through – in total some 16% of its GDP is down to mining, 5% from coal, but given it has global leadership in both tin and nickel mining, and collectively mining supports some 1.4 million jobs and supported 1.6 million at its height.

It just so happens that car companies like Tesla are keen to shift their battery cathodes to Nickel from Cobalt. CEO Elon Musk said in September at his Battery Day that he plans to use an Iron based cathode for the grid, but a combination of Nickel and Manganese for medium to high end mobile applications. He called for more people to mine nickel in pure ores, preferably not as nickel sulfate. Had we been the energy minister in Indonesia, we would have been on the phone the following day, and then discussed with the coal unions the idea of using miners for an extended nickel work force.

Despite this oft repeated mantra that Indonesia will have 23% of its electricity from renewables by 2030, (and 31% by 2050) it is taking forever for the government to get around to setting a feed-in tariff for solar, which would solve almost all of the country’s generational problems – given how widely distributed the country is. Many islands have to use diesel generators as their sole source of electricity, something that would be swap overnight for solar.

One major problem is that foreign multinationals, many of whom would love to set up inside of Indonesia, often already have a global commitment to renewable energy – and if they arrive and find they cannot actually buy any, and there is an energy monopoly stopping anyone from setting up their own a sources, they would be back on a plane the following day.

Thailand and Vietnam now let companies buy electricity directly from independent renewables providers – a simple enough law change but while the government seems intent on keeping those 1.4 million mining jobs, and sees no other way of keeping them except within coal and mining, the renewables issues sit at the back of the queue waiting for government to find time to address them.

In Indonesia the state owned electric supplier PT Perusahaan Listrik Negara (PT PLN) is the only company allowed to buy electricity. It has just started issuing a renewable energy certificate 6 months ago hoping to bring some renewable options to the table. It has already brought in tax allowances and tax holidays so perhaps we will see some renewables movement in the next two years.

The final step from the government will be to pass a regulation on renewable energy tariffs which will be targeted at plants up to 5 MW of capacity. If this has the same result as Vietnam’s recent FiT, perhaps the logjam will get unblocked during 2021. But it has been on the books since 2017 so no-one is holding their breath, and anyway there is an equivalent subsidy for coal.

Our own forecast for Indonesia is below:

This forecast eventually down-turning fossil fuels around 2035 is not so much thrown up in a belief that the Indonesian government will see its way through this difficulty, so much as trading neighbors – in particular China and the USA, once they have their own energy transitions underway successfully, will turn their guns to persuading other large trading segments – for instance all of ASEAN and places like Australia and Brazil – to get their ducks in order or suffer a weakening trading relationship with the superpowers. We see that type of pressure coming on only in the 2035 timeframe and Indonesia playing catch up.

The International Renewable Energy Agency (IRENA) has written papers on Indonesia suggesting that once it begins to get the right policies in place, it could race past its 2050 goals in no time, due mostly to high its irradiance and the cheapness of distributed solar for an island hopping nation.

The biggest issue remains the breakneck speed that all south east Asian nations are growing at, and how in every case this requires the energy system to grow with it, at roughly 6% per annum in Indonesia’s case, which is why our forecast has it getting deeper into coal and gas before the tide is turned, as its electricity generation by 2050 will be at an estimated 774 TWh, or three times its generation today.

Over the next 30 years Indonesia will be a hotbed of rising middle classes, complete with new cookers, fans, air conditioning and electric cars, and more importantly two wheeled vehicles – our estimates put EVs at 26 million by 2050, from having 16 million In ternal Combustion Engine  vehicles today, and for every 4 wheeled car, there will likely be 5 two wheeled vehicles – around 130 million of them by 2050 – potentially all EVs although the country may just as easily make them use liquid biofuel under current policy.

Although there is some government stimulus for EVs, cars sold in Indonesia need to have at least 35% of components locally sourced up to 2021, then 40% up to 2023, then 60% up to 2029 and finally 80% thereafter. Given that currently Indonesia has no EV manufacturers, this seems to be pushing back electric vehicles into the future, unless someone like Tesla lands on their shores.

One area of renewables that will make perfect sense for Indonesia with big industries like cement, aluminum and steel will be dedicated renewables that are set up entirely to make these work from either hydrogen or electricity directly – and this could be funded by the companies themselves, without going via the PT PLN energy monopoly, and if there is ever the promised Carbon Trading scheme put in place, it may stimulate this.

Even so PT PLN is said to be preparing to issue a Green funding instrument for people to invest in, promising to use all of the money on renewables, but given how close it is to being overly indebted and always going cap in hand to the government for more cash – and that it uses much of that to subsidize coal, we find it hard to imagine where the investors will come from, especially with all the coal mines also on the verge of financial collapse. Watch this space.