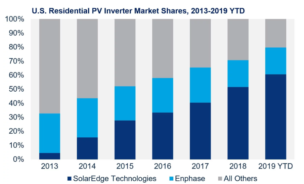 Statkraft has acquired 47.5% of electric vehicle charging company Gronn Kontakt from Agder Energi, bringing Statkraft’s total share in the company to just below 96%. The deal aims to grow Statkrafts position in the EV market while strengthening Gronn Kontakt’s position in the Nordics and throughout Europe; especially in the UK and Germany.

Goldman Sachs has become the latest bank to boost its climate policy, pledging $750 billion over the next 10 years for “climate transition and inclusive growth finance.” While the policy has been hailed by environmental groups as having the strongest fossil finance restrictions of any major US banks, promises to stop funding coal plants in developing nations stopped short of a complete phaseout, with the bank insisting that new projects may be acceptable if they entail carbon capture and storage methods.

Poland has successfully auctioned 2.2 GW of onshore wind capacity. A total of 101 projects from 164 bids were successful in receiving support from the combined onshore wind and solar auction which involved total spending of €3.8 billion. Of this expenditure, less than 1% went to solar projects, highlighting a shift to wind power as prices continue to fall.

Massachusetts Senator Edward Markey has called for offshore wind jobs to be unionized in the US. Letters have been sent to developers Vineyard Wind and Orsted with the aim of them entering into Project Labor Agreements for east coast projects, ensuring safe and well paid jobs across a sector which is “poised to create tens of thousands of jobs across the region” according to Senator Markey.

SolarEdge and Enphase have continued to increase their dominance in the US residential solar inverter market, according to Wood Mackenzie, who indicate that the pair now control 80% of the marketplace. Following a ‘best-ever’ quarter where 712 MW of residential solar was installed, SolarEdge are estimated to have a 60.5% market share, ahead of Enphase with 19.2%.

New Jersey has become the latest state in the US to up its offshore wind ambitions, with Governor Phil Murray signing an executive order to raise the state’s installed capacity goal of 3.5 GW by 2030 to 7.5 GW by 2035. While some are concerned about the cost of such a rapid buildout, the route to developing an adequate supply chain is currently unclear. With virtually no offshore wind installed in the US, it is likely that the cumulation of state-led targets will be overambitious and not reached until the industry’s infrastructure and supply chain has time to develop.

Vestas has become one of the latest companies to announce plans to become carbon neutral. The turbine maker’s electricity is already fully generated by renewables, but the company now wants to turn its attention to transportation and heating for full decarbonization by 2030, with an intermediary emissions reductions target set at 55% by 2025. Vestas is determined not to use any carbon offsets through this process and plans to transition 1,000 company cars to electric per year. Further plans are in place to address light-commercial service vehicles as well as carbon-free heating.

Equinor has promised to hit ‘near zero’ emissions by 2050, targeting a 40% reduction in the next 10 years. Announced on Monday, this move follows the likes of Repsol, Shell and BP, in oil and gas companies seeking to fulfill obligation under the Paris accord. Equinor and its partners have allocated $5.7 billion to the plan up to 2030.

The Trump administration will approve the development of the US’ largest solar farm according to the Bureau of Land Management. The $1 billion project from NV Energy will encompass 690 MW of solar power generation across 7,100 acres in Nevada, surpassing the previous record of the 579 MW plant in Southern California. The ‘Gemini’ project will also include 380 MW of four-hour battery storage. It is expected that the seal approval will be granted by federal officials within the next 90 days, following one final round of public comments.

Iberdrola has completed Europe’s largest solar plant. The 500 MW Nunez de Balboa solar farm in Spain will begin operation early this year. This is a significant contribution to the multinational utility’s planned development of 3 GW by 2022. Like the Nunez de Balboa plant, most of this capacity has been pegged for the Extremadura region.

The Atlantic Coast Pipeline has faced a major setback in its early development, with the 4th US Circuit Court of Appeals cancelling a previously granted ‘air permit’ in the state of Virginia. The permit was revoked on the grounds that inadequate consideration had been given to both environmental justice and the potential use of electric turbines at the compressor station set for use in the state. Developer Dominion Energy believes that the project remains on track for completion in late 2021, with the 970 km gas pipeline between West Virginia and North Carolina set for operation from early 2022.

Dominion Energy will be forced to pay independent solar providers at greater rates than they had originally expected, after South Carolina regulators unanimously voted to overturn a previous service agreement. The vote will see the rates paid over 10-year contracts rise from $21.43 per MWh to between $27.51 and $32.52 per MWh, depending on regional electricity demand. While Dominion has criticized the decision on the grounds that it may increase consumer’s bills, solar players have claimed that the original rates would have put harmful pressure on small, independent providers.

Goldman Sachs has RWE in its crosshairs for a potential takeover as the bank aims to expand its renewable portfolio, according to a statement on Wednesday. This move is a key indicator of confidence within the renewables sector, with RWE as Europe’s third largest player. The banks has stated that “strong momentum to deliver energy transition, high industry fragmentation … and the scale-advantage typical of such a capital-intensive business could drive a wave of consolidation,” indicating its belief that RWE may survive as one of just a handful of global renewable majors. The bank has stated RWE’s anticipated market value at €17 billion, placing cheaper than rivals such as Orsted or Iberdrola. Other companies highlighted by Goldman Sachs for having relatively low market valuations were EDP (€14 billion) and SSE (€15 billion).

NV Energy will provide Google data centers with 350 MW of solar power and 280 MW of storage, after a huge corporate power purchase agreement signed this week. The facilities will power Google’s data center in Henderson, Nevada, which is currently under construction.

Saudi Arabia is seeking companies to bid for four new solar plants, in the country’s new-found push for renewables. A total of 1,200 MW will be up for grabs according to the country’s Renewable Energy Project Development Office, which aims to add 60 GW of renewable capacity across the country by 2030.

Ireland’s grid development efforts are starting to ramp up, with the country receiving its first grid-scale battery this week. Statkraft and Fluence announced that the 11 MW project was completed on Wednesday, to complement the 23 MW wind farm in Country Kerry. Ireland currently has a relatively weak grid infrastructure, but the country is starting to realize that reform is necessary to incorporate a surge in renewables through the coming decade, and more battery projects like this are likely in the near future.

The world’s largest floating wind farm has stared operation off the coast of Portugal. The first of three 8.4 MW turbines in the WindFloat Atlantic project was connected to the grid by Windplus consortium consisting of EDP Renewables, Engie, Repsol and platform developer Principle Power