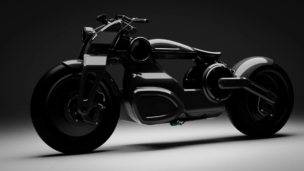 Siemens and AES joint venture Fluence is trying to help US utility Arizona Public Service to get to the bottom of an exploding Lithium Ion battery last week.  It was a 2 MW battery installed since 2017 in Phoenix. Local firefighters ended up hospitalized. The battery systems were supplied by AES prior to the partnership being formed. The US battery market is poised for take-off and any potential black marks over safety may prevent this. APS says it has projects to take it to 850 MW of battery storage by 2025. One of the big worries with Lithium Ion is that if anything penetrates the battery exterior it can release all of its energy in a few seconds, which is pretty much an explosion.

Verizon said on Monday that it plans to be carbon-neutral by 2035, both for direct emissions and those produced by suppliers. Verizon is the 2nd largest Telecommunications and mobile operator in the US. There was a time when people worried that the mobile networks would use up all the energy on the grid. In February, Verizon announced the creation of a $1 billion green bond program, with proceeds going to projects such as energy efficiency, renewable energy and other sustainability efforts. Number 3 mobile player in the US, T-Mobile has already committed to 100% renewables by 2021 and number one in the market AT&T has recently bought 820 MW of wind. Promises are easy, and Verizon currently has just 3% of its energy from renewables so far.

Curtiss Motorcycles has come out with an electric motorbike in the Tesla class, called the Zeus Bobber, it is being launched now for delivery in 2020, costing $60,000. It looks like a Marvel character’s preferred mode of transport, weighs 475 pounds, does 0 to 60 MPG in 2.1 seconds, and has a range of 280 miles. It is targeted to challenge Harley-Davidson and its electric bike LiveWire. See picture.

China says it has approved the building of 3,961 village solar power plants with a total capacity of 1.67 GW, aimed at alleviating rural poverty. They all have to be complete by the end of the year or lose their subsidy.

Australian Financial group Westpac said this week it wants to switch to 100% renewable electricity by 2025. We wonder who is keeping track of all these promises. It has kicked this off with a power purchase agreement (PPA) in New South Wales to take 25% of the total 100 MW of a new solar park. Local utility Spark Infrastructure bought the project ready to build last week from a developer. Westpac says it will join the RE100 program of The Climate Group.

Canada’s Cellcube will join Hive Energy and the UK’s Immersa in a consortium to jointly build and develop solar plus storage projects. It will be called HICC Energy and will bring the portfolios of all three companies together as a special vehicle for development projects – it will be financed through third party project financing. One key area will be solar plus battery storage, and given that Hive Energy builds large solar plants they will likely now come with CellCube’s Vanadium Redox Flow Batteries.

The concentrated solar market will grow from 5.6 GW now to 22.4 GW by 2030 says researcher GlobalData. There will be significant capacity additions in China, Chile and the Middle East North Africa (MENA) region. GlobalData says that concentrated solar added 601 MW in 2018 with live projects in Morocco, China, South Africa, Saudi Arabia and Kuwait and China adding 200 MW. The Chinese market gained momentum after 20 pilots were set once a feed in tariff of $0.172/kWh. In Chile similarly low Feed in tariffs were set and it looks like Concentrated Solar is benefiting from these subsidies as much as any other technology.

Duke Energy has sold off 49% of its renewable energy portfolio to Manulife’s John Hancock unit for $415 million. Sometimes the willingness for energy companies to sell off renewables in order to obtain cash, shows just how little they are truly committed to renewables. Duke says it include 37 operating wind, solar and battery storage assets and 33% of 11 further solar assets across in the US.

Xcel Energy in the US said Q1 earnings were $315 million compared to $291 million last year and says it is on track to offer 100% carbon-free electricity to customers by 2050. It has already reduced carbon emissions by 38% since 2005 it claims. Its expansion of wind is the key going forwards, and has just had approval to build the Cheyenne Ridge Wind farm in Colorado at 500 MW.

Avangrid also said it has a $2.5 billion Transforming Energy resiliency plan to harden and modernize the New York and New England power grids.

A report is out this week from Technavio entitled “Global Onshore Wind Power Systems Market 2019-2023” showing that onshore Wind power systems will continue to grow at 6% CAGR. It seems scant growth for an industry that grew 9% in capacity for the past two years, and almost 12% the year before that. However pricing is coming down all the time, so it could have been only 6% in revenue terms. But given that parity has only really been reached in the last 12 months, it is more likely that this would accelerate away from fossil fuels over the coming 4 years and there would be a considerable uptick in Onshore wind. So we think this is an extremely low estimate, especially as solar growth has been estimated by some at 25% next year.

UK lobby group Renewable UK has issued a report which appears to us like a storm in a teacup – trying to worry up business for onshore wind farms saying they desperately need old windfarms replaced now with fresh ones. As far as we can see the UK is happily building out both new and refurbishing old as fast as permissions can be granted. The report suggests that 8 GW of onshore wind could be retired over the next two decades, and calls on the government to come up with new policies to support replacing, or ‘repowering’, these older farms. The UK government has a commitment to a new energy policy, delayed but still coming, and anyway wind is essentially the cheapest form of energy in the UK right now, so this is simply a group of renewables companies lobbying for more profit at a time when sentiment is on the side of accelerating our Paris commitments.