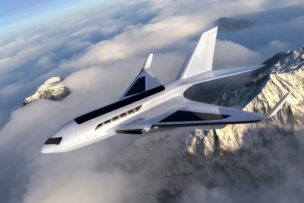 The American Energy Innovation Act has faced some friction through the US senate, with conflicts around the future of hydrofluorocarbons (HFCs) in the country. A last-minute addition to the bill to phasedown the use of HFCs was opposed by those who stated that it must include preemptions of state-by-state regulations. Having failed to pass through the senate, the bill now faces a delay where it is likely to face new proposals and objections. Current amendments are set to include: incentives for high-efficiency homes; specific carbon emission targets, the extension of tax credits for solar power and EVs; and increased R&D funding for energy innovation and grid modernization.

ExxonMobil has attempted to water down the EU’s European Green Deal, according to climate lobbying watchdog InfluenceMap. Exxon lobbyists are reported to have met with Brussel officials in November last year, proposing an extension in the EU’s carbon pricing scheme on stationary sources, such as power plants, to include tailpipe emissions from petrol or diesel vehicles, which could allow countries to set their own emissions standards and targets for road emissions.

Uniper has set a net-zero emissions target for 2035, in a surprising move to follow many of its European peers in tackling climate change. The utility is one of the largest in Germany, and recently completed construction of a coal facility which is likely to be the last ever built in Europe. Under new ownership from Fortum, the company is now considering a shift to renewables, with €1 billion allocated between 2020 and 2022 for “new growth” projects.

A report from the UK’s National Infrastructure Commission has claimed that hydrogen and bioenergy could provide a faster and cheaper route to net zero than nuclear power – providing the technologies can prove themselves at scale. Investing in such technologies could help reduce consumer bills by up to 30% and act “as a natural complement to renewable.” While we agree that large-scale nuclear is neither an economic or sustainable route to net-zero, we would argue that this suggested investment should be extended to small modular reactors (SMRs), with hydrogen and bioenergy still in such immature stages.

RWE has announced plans to invest €5 billion in renewables by 2022, adding 4 GW of wind and solar to its generation portfolio. The company currently manages a portfolio of 2.7 GW of renewables, with a project pipeline amounting to over 20 GW. Approximately 20% of this new investment will be focused on the German market. This comes the same week as RWE announced its end of year results for FY2019, where it saw revenues fall 2.1% to €13.13 billion.

Adding potassium hydroxide (KOH) to water could help produce a next-generation of electrolyzers and accelerate commercial performance. Previous research around the technique has required expensive materials such as titanium to prevent corrosion, but chemists at the Los Alamos National Laboratory claim to have combined this approach with proton exchange membrane (PEM) technology to create a more stable, highly alkaline environment to encourage water splitting and hydrogen production.

Virginia has become the latest US state to up its offshore wind ambitions, passing a Clean Economy Act on Tuesday which requires at least 5.2 GW of offshore wind to be developed by 2034. This adds to the previous ambitions of 2.5 GW by 2026 and will be largely dependent on the success of Dominion Energy’s 2 GW project in conjunction with Orsted.

The UK’s electricity pricing system has come under scrutiny, after the system price spiked to £2,242 per MWh last week. The spike, which happened between 6.00 and 6.30 pm on the 4th of March, is attributed to wind speeds being over forecast for that period. Wind was generating 2 GW of power at the time, compared to 4.4 GW the day before. Without sufficient supply, the National Grid used its short-term operating reserve, with a price of £6,000 per MWh.

Virginia has passed its Clean Economy Act, which mandates that the state will run on 100% carbon-free electricity by 2045. The vote passed by 51 to 45 last Thursday, setting targets for massive investment in energy efficiency, storage, and renewable procurement. This will mean that Dominion Energy will face the task of replacing two-thirds of its current electricity generating capacity in the region.

Private equity giant Blackstone has acquired Toronto-based utility-scale storage firm NRStor for an undisclosed fee. NRStor currently has over 200 MWh of storage projects at varying stages of development in the North American market and will bolster Blackstone’s acquisition of Clarion Energy and $16 billion investment so far in the energy sector.

Wood Mackenzie has estimated that Smart Meter’s will receive a $30 billion influx of investment over the next 5 years, with 300 million units installed globally. This will see 1.3 billion units installed in total, with advanced metering infrastructure reaching nearly $130 billion per year in 2025. The analyst firm has identified that despite this investment, there will still be a massive disparity between regions of high and low smart meter penetration.

Engie has invested an undisclosed amount in H2SITE, as part of the company’s ambitions to participate in early market development for hydrogen. H2SITE is a hydrogen technology platform developed in the Netherlands to produce high purity hydrogen on consumer premises.

JERA has acquired a 44% stake in Taiwan’s Formosa 3 offshore win project, reducing shares of existing holders Green Investment group to 31.25% and EnBW to 25%. The 2 GW project is set to apply for permits through this year’s auction round in Taiwan, to secure grid capacity for the wind farm off the coast of the Changhua region. Energy supplier JERA is also a shareholder in Formosa 1 and 2.

An inventor from Poland, Michal Bonikowski, has designed a concept for a plane which can recover power from friction with the air. The Eather One would use ‘triboelectric nanogenerators’ on its winds and top to harness external mechanical energy and convert it into electric energy. Planes are designed to reduce this friction – and any basic understanding of fluid dynamics teaches us that if turbulent air is slowed down, resistance increased. It’s almost impossible to think that the additional power required to overcome the additional friction could be counteracted by the fuel savings enough to make this concept even slightly viable.

The UK’s first forecourt for electric vehicles is under construction and set to open this year, according to Gridserve. The Electric Forecourt in Essex will be able to charge 24 vehicles at once, delivering up to 350 kW of power and enabling initial charge times of between 20 and 30 minutes. This comes as part of a £1 billion program for Gridserve to develop over 100 of its forecourt sites on busy travel routes and near powerful grid connections, powered by the companies large solar + battery plants.

Oil and Gas major Total will build France’s largest battery storage project by the end of the year. A 25 MW/25 WWh lithium-ion battery will be installed in the Dunkirk Port and operated by network operator RWE.

Over half a trillion dollars of investment in coal power is at risk due to undercutting from renewables according to a Carbon Tracker report that was released on Thursday. The study identifies that by 2030 at the latest, it will be cheaper to build and operate new wind and solar plants than to continue operating coal-fired power in all global markets. Globally, 499 GW of new coal power capacity is planned or under construction, with a total investment cost of $638 billion. China has the most at risk, with $158 billion invested in 100 GW of coal capacity under construction, with an additional 106 GW in planning.