Tidal Power back for a bite at Liverpool, refreshes Swansea deal 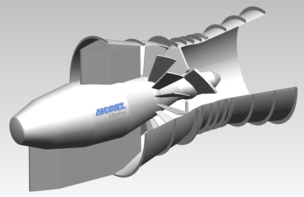 While wind and solar are showing unprecedented growth and financial success, whatever happened to the power of the wave and other water flows?

In the UK there was a huge about-turn over cost fears when the Swansea tidal lagoon was cancelled by government in June 2018 on fears of costly and rising subsidies. Now the same company Tidal Power Plc, is taking another deal in Liverpool, to the next stage. It is targeting a build within 6 years and would make Liverpool and its Mersey River and Liverpool Bay, one of the world leaders in tidal power. Back in February the Swansea tidal lagoon project was also found to be back on the cards, with talks that it can be funded by private money.

The detail on the Liverpool deal came in a speech given by Steve Rotheram, Metro Mayor of the City Region, as he announced the next phase of the project.

Tidal Power seems to have settled on this stretch of river and coastline because it believes it has the right potential to generate plentiful, predictable, green tidal electricity. The Mayor is backing it because it would bring thousands of jobs to the region. Liverpool signed a devolution agreement with the central Westminster UK Government back in 2015, which means it is allowed to raise its own funding for projects like this, which bypass government coffers.

This deal came to light in 2018 and is now shifting to its next phase, to develop a detailed technical and financial plan and develop the outline business case, which will take a further 12 months.  This team will be led by Arup and includes ABPmer, Grant Thornton and BECG.

After that if the project can ascertain its genuinely achievable price point it can go on to pre-sell the electricity to a power provider and move on to selecting finance for the operation.

In February last year the project was granted £1.6 million from Liverpool coffers to pursue the idea, and an initial team was put together. Now that team will work it up into a firm £1 billion proposal, which can generate 1 GW of energy.

The Swansea project was to use a bi-directional, low head turbine called a Kaplan bulb made by Andritz Hydro. It was to use a GE control system, and generators from the Power Conversion arm of GE. It is not known if these would be used for the Liverpool project, but there are a further 5 UK based projects at Tidal Power, and initial projects in France, Canada, India and Mexico. Swansea is to have a 320 MW demonstrator project built and each of these installations targets between 1GW and 3 GW of delivered power. Academic studies have identified over 300GW of potential tidal range capacity globally, the company says.

Tidal power will come under repeated scrutiny as nuclear in the UK has stopped being a strong option for baseload, with two major projects foundering on prevalent energy prices. Advisors to the last government seemed to think that the tidal lagoon idea was more expensive than Nuclear, but the company would argue with that position.

The UK is experimenting with its Grid structure to admit more intermittent power supplies such as wind and solar, but even so would love the relief of any project which was closer to supporting traditional baseload – if it is affordable. Tidal Power claims that tidal technology produces some of the cheapest electricity in the world.

Tidal Power has said in the past that several major companies were interested in buying the electricity generated by tides from the Swansea bay, including property company Land Securities, Cardiff airport and developer Berkeley Group.

An adjustment to the design of the lagoon technology has recently been to add floating solar on the lagoon, and water companies are already using floating solar in water reservoirs throughout the UK. If this was added it might add another 200 GWh to the Swansea project and it could be going to a final investment decision as early as Q1 2020 and be built by 2024 or 2025. The Liverpool project could meet similar deadlines or even overtake the Swansea project’s timescales.

Meanwhile in the US, the Ocean Renewable Power Company has cut a deal with Warbird Capital so that isolated communities can base all of their electricity on its RivGen Underwater Mobile Power Systems and other water based turbines, running as a separate microgrid, leased through Warbird finance. It has two deals going ahead in Maine and Alaska for a full suite of energy systems to power local communities at Brunswick Landing, and the Kvichak River and the remote community of Igiugig, replacing an entirely diesel based system. So water power is definitely not dead.