Shell, China General Nuclear Power Group and French bank CDC have cancelled a project to build a demonstrator floating wind farm offshore in France. According to the oil major, technical, commercial and financial challenges are the main reasons for the cancellation of the €300 million, 28.5MW Groix & Belle- Île wind farm.

Avangrid decided to go ahead with the construction of the Commonwealth Wind Project despite its PPA (Power Purchasing Agreement) still not being amended after deemed economically unviable. More on the latest wind PPAs can be accessed here and here.

Volkswagen has recently applied for the registration of a patent for a new hydrogen fuel cell. The German car manufacturer claims that in addition to being cheaper than other fuel cell alternatives, it will be able to give its cars a range of up to 2,000 km without refueling.

Mazda is to invest 1.5 trillion yen in electrification to 2030 as it tries to catch up to its competitors. The Japanese company has lagged behind on electrification invest similarly to its domestic peers, this plan hopes to bring it into producing EVs by 2026/2027. The company will partner with Envision AESC and expects its EV ratio in global sales to be between 25 and 40% in 2030, still far too low considering its competition. This is primarily expected to materialize at the latter end of the decade from 2028 up until 2030.

LGES has triggered a further recall of its consumer-grade BESS portfolio in Australia, the recall is aimed at certain batches manufactured between March 2017 and September 2018. The Australian Competition and Consumer Commission (ACCC) says that the recall does not just affect LG branded products, SolaX, Opal, Redback, Red Earth, Eguana and VARTA branded installations that use LG cells were also at risk.

The US Department of Energy has controversially intervened to save the PG&E’s Diablo Canyon nuclear plant by giving it the $1.1 billion it needs to keep the plant going. It had been agreed it would be retired in 2024. The 2,240 MW plant in California has been on and off multiple times over the past 3 years, but it was thought it could not afford to do refurbishment work which was needed to prolong its life. It now has money from the Bipartisan Infrastructure Bill which will automatically save 1,500 jobs.  Expect this money to be spent across the entire US nuclear fleet.

Niron Magnetics has been offered $17.5 million in funding from the US Department of Energy’s ARPA-E, to further develop commercial magnets which do not require rare-earth metals, important in most turbines including wind turbines and in EV production.

This week multiple publications said that Tesla batteries were at the heart of the largest commercial grid battery in Europe, but surprisingly it was only 98MW/196MWh, the Pillswood battery using Tela Megapack technology for Harmony Energy Income Trust, which is investing in large-scale storage assets around the UK, in this instance in Hull in the North East.

Plans for a £2 billion tidal barrage The Wash, a bay in East Anglia, UK between Lincolnshire and Norfolk have been put forward by Centre Port UK. Turbines beneath the bay will harness tidal energy – enough energy to power 600,000 homes. It will also operate as a flood defense and offer a road shortcut between the two counties. The water from the ocean will runs through turbines under the road into the bay to generate power. 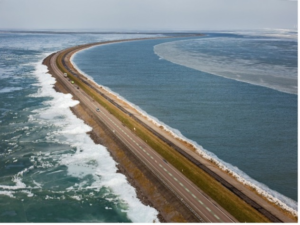 Indonesia will continue to build coal plants despite a $20bn deal cut with Western countries on clean energy transition, says a piece in Carbon Brief, something which is sure to threaten he deal. The Indonesian government will still allow the construction of new coal plants, with a combined capacity of 13 GW, which have already been tendered.

Californian EV firm Phoenix Motor said it has signed a non-binding Memorandum of Understanding with China’s CATL over the co-development of batteries for Phoenix EVs. This will almost certainly bar Phoenix from IRA act subsidies. However the deal is for CATL’s E-rolling technology, a frame construction chassis which integrates beams, frame, electronic devices and the battery pack, so there is room for  the battery pack to come from somewhere else, not China.

Global leading asset manager BlackRock said this week it has acquired US battery energy storage developer Jupiter Power from EnCap Investments. Jupiter has operated since 2017 and has built an 11 GW development pipeline including 655MWh of operational projects in the ERCOT market.

Renewables orders this week
Enlit is alight with enthusiasm for change, but no renewables in sight