Hydrogen market triggered by 2m trucks in Europe by 2040

Europe has a clear and credible plan to become the center of the global hydrogen industry as its governments collectively finance the work needed to become the world’s first hydrogen economy.

The end result will be 17 million fuel cell powered vehicles across Europe by 2040 – from under a thousand today.

Covid-19 recovery funding is set to pave for much of the R&D required to power the transition and the new hydrogen industry will grow at a CAGR of over 50%, reaching annual revenues of over $115 billion in Europe alone by 2040. It will have cumulative revenues of over $850 billion by that time. 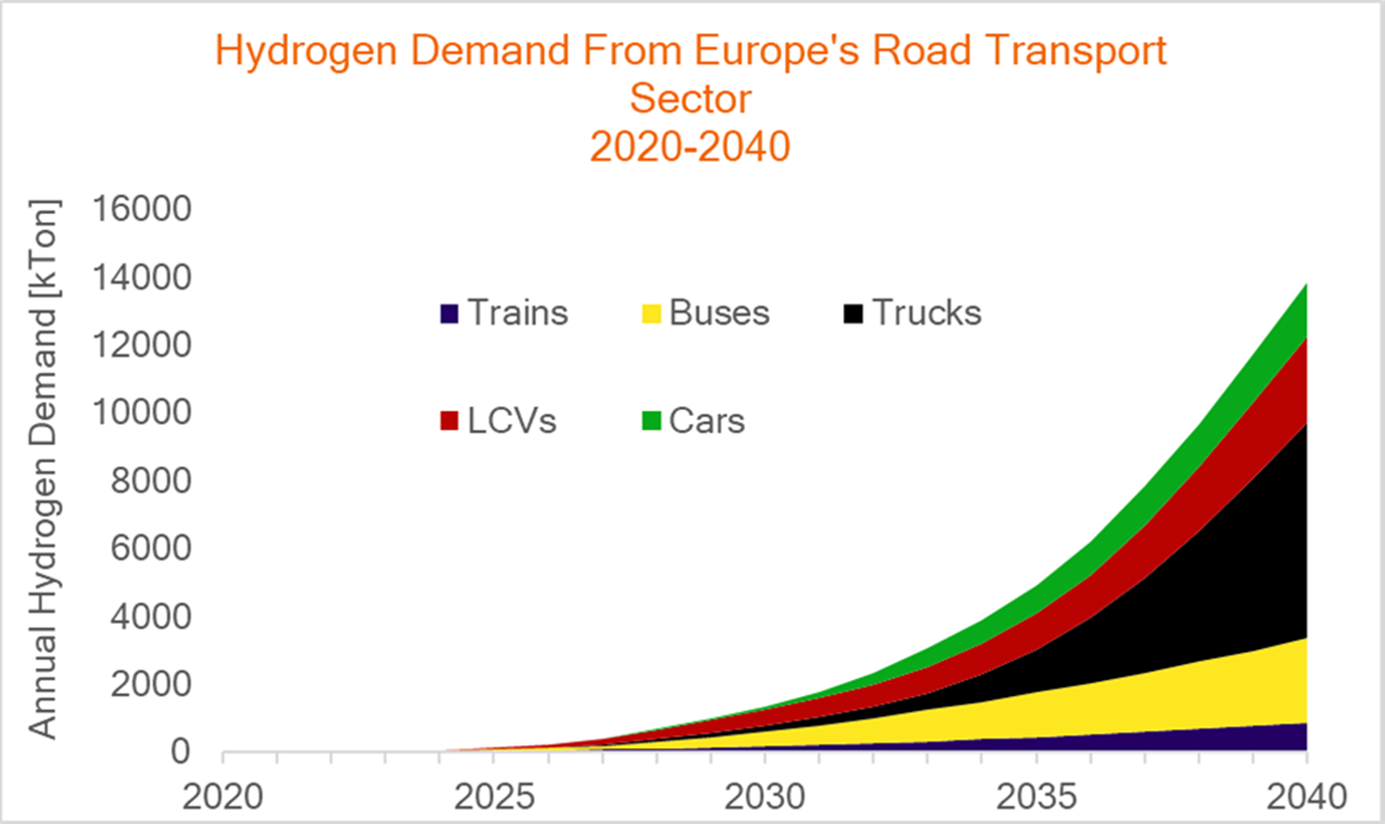 Snowballing promises and financial pledges surrounding green hydrogen mean Europe stands a real chance of becoming home to many of the major players in one of the fastest emerging economic sectors. Ironically neither USA, the oil king, or China, the renewables leader, seem quite ready for the hydrogen revolution.

Establishing this lead in the hydrogen sector, will rely on the mass deployment of fuel cell and electrolyzer units and our new Rethink Energy Report this report “Europe goes all in on hydrogen for the transport economy,” one of our “Looking Glass reports on each industry as it goes through the energy transition, identifies key players and likely winners across the transport sector.

Green hydrogen also aims to satisfy requirements in other sectors like heating, energy storage and industrial feedstocks, but it is the transport sector, due to its huge volumes, that will allow Europe a chance to develop a rapid technological lead through economies of scale.

The earliest growth in hydrogen fuels cells will be seen in the rail sector, where the economic case for fuel cell units is already attractive, but the largest push of the sector will come as fuel cell trucks enter commercialization as we enter the 2030s, becoming the sector of greatest hydrogen demand by 2036.

By 2030, the total demand for hydrogen from Europe’s road transport sector will exceed 1,350 kilotons per year, up from just 2 kilotons today. Driven by falling costs and government incentives for decarbonization, the market will continue to accelerate beyond this, with demand growing nearly 7-fold to reach 13,800 kilotons by 2040.

The largest contributor towards this will be the bloc’s hydrogen trucks, with 2 million set to be on Europe’s roads by 2040, followed by the demand from 5 million light commercial vehicles, 240,000 buses, 9 million passenger vehicles, and 9,600 trains.