Japanese operators and vendors have always produced highly advanced cellular technology, but this has largely stayed within the home country, and within the highly customized networks of MNOs such as NTT Docomo. With the advent of Open RAN, however, all this is changing and Japanese suppliers are bidding for global presence, heavily supported by their government, which sees the chance to build a 5G/6G industry with international impact, around a ‘Japan-first’ platform and ecosystem.

The most dramatic example has been Rakuten, which has not only set up a fourth MNO and deployed a cloud-native open 4G/5G RAN, but has now set up a vendor called Symphony to commercialize the Rakuten network for other operators worldwide. Whether it succeeds or not, it demonstrates how new or minority players are looking to leverage operators’ desire for an open platform and a broader supply chain, in order to challenge the established RAN vendors and shake up the global business.

Governments, in a time of geopolitical tensions with a 5G focus, have also leapt on the opportunity to sideline Chinese suppliers, and to build their own industries for a lucrative global market. Japan, the USA, India and the European Union all have programs to support local vendors and build their own ecosystems.

As well as Rakuten, Japan’s effort is supported by strong cellular vendors such as NEC and Fujitsu, as well as more specialized 5G efforts by other major companies like Sony and Mitsui (see separate item). NEC has gained high profile through its co-development with Rakuten of 5G Open RAN radio units, as well as a 5G cloud-native core, while Fujitsu scored one of Dish Network’s radio unit deals in the USA. The two Japanese vendors are also collaborating with NTT Docomo on Open RAN, while NEC was also selected as an Open RAN partner by Vodafone UK and Deutsche Telekom, and was involved in trials with Telefónica (O2) in Germany and the UK.

Now the two vendors are working together, supported by the Japanese government, to ensure interoperability and Open RAN credentials. They have set up verification environments in two laboratories serving key target markets – Fujitsu’s in the USA and NEC’s new Open RAN lab in the UK. The companies are developing technologies for interoperability testing between Open RAN 5G base station equipment.

The initiative will be implemented as part of the ‘Post-5G Infrastructure Enhancement R&D Project’, which has been set up under the auspices of Japan’s NEDO (New Energy and IT Development Organization). Testing will start later this year and promises to streamline the achievement of interoperability verification between many vendors’ base stations. 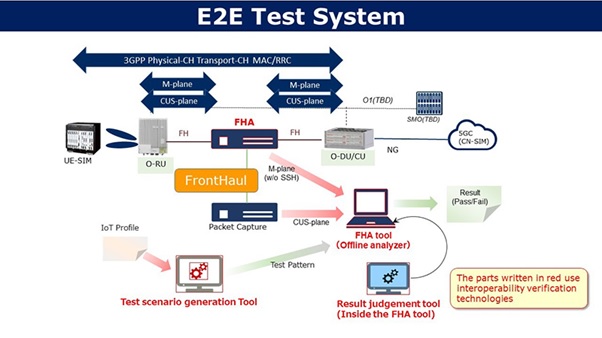 In order to verify interoperability between different vendors’ radio units, centralized units and distributed units in an Open RAN, there must be a common and streamlined process with common tools, said the partners. This is what NEDO commissioned NEC and Fujitsu to design in their respective labs, and the aim is to extend the process to their other facilities, to offer it to third party vendors and to operators, and potentially to make it the basis of a platform for the whole Open RAN sector.

That would put Japanese technology at the heart of a key element in any open technology ecosystem, the interoperability testing and certification process, which saves operators and vendors from investing in testing for each equipment combination individually.

The labs will implement a Conformance Test System that can perform standard tests in accordance with O-RAN specifications and will implement an end-to-end Test System that can verify the connection from the core network to the terminal. These, the vendors said, would conduct system-wide normality verification and performance verification under conditions that are close to the commercial environments of each country and business. 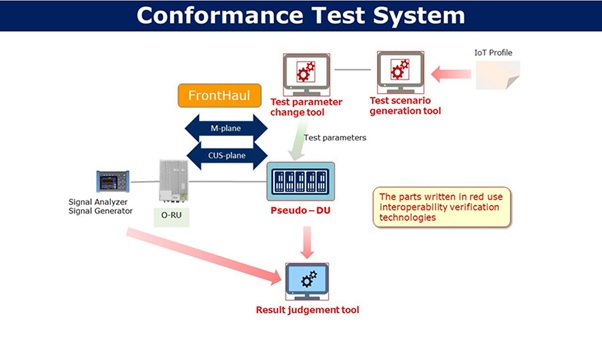 4G Deployments - The Backbone of 5G