BP and Chevron lead on $40 million “geothermal for all” investment

Geothermal has been underinvested for some years, but a deal cut this week by the venture capital groups of both BP and Chevron aims to change all that – backing Eavor, a Canadian startup intent on moving geothermal away from volcanic heat sources.

It makes a change but this investment is not fronted by Bill Gates, because if it had his platform, this would be screaming out for 10 times this amount of money and opening a big opportunity, once its system is both proven, and scaled.

This week those backers gave $40 million, well beyond what is normally giving to a pilot effort and Eavor says this is enough cash to fully commercialize its offering and it can use the first project to provide heat to 160,000 homes – and claims it can build enough projects by 2030 to provide power to up to 10 million homes.

The two oil giants gave money through their Venture funding subsidiaries, not directly, and others in the round included Temasek, BDC Capital, Eversource and Vickers Venture Partners. The release also suggested that partnerships with the funding players were part and parcel of the deal.

A thermosiphon is a method of passive heat exchange, based on convection circulating a fluid without the help of a mechanical pump and something similar is used in heat pumps. The working fluid naturally circulates without requiring an external pump due to the effect of a hot fluid rising in the outlet well and a cool fluid falling in the inlet well.

Eavor claims the consistency of its heat harvesting gives it the potential to directly replace existing baseload power like coal and nuclear, and so team up with solar and wind.

The $40 million will go into a pilot site in Alberta, which will aim at bringing down the LCOE of geothermal to other renewables like solar, and also provide an example at scale.

The key difference between Eavor and other players is that this type of geothermal can be done anywhere, and it borrows heavily from fracking techniques for drilling, going down a couple of kilometers, and then cutting two separate horizontal multilateral wellbores. The trick is to simultaneously drill and seal the wellbores, creating what is almost a pipeline, which makes it “closed-loop,” in that it neither leaks fluid out of the Eavor-Loop nor allows outside fluids to get in. It described the fluid it uses as “benign and environmentally friendly.”

It behaves like a big u-shaped pipe, and the idea eventually is to string these next to one another, saving money by using each vertical bore hole twice. Because the geothermal does not rely on an acquifer, is can do no harm to surrounding water supplies.  The company said it becomes the equivalent of 100 kilometers of hermetically sealed wellbore.

A proprietary fluid is being developed which we presume will carry more heat; the heat that reaches the surface can be used for district heating, and for combined heat and power for communities that are off grid. The hot fluid can be used to drive a turbine to create electricity, as well as providing pure heat.

The company says its system will offer high profitability right from the start, which means funding can be done on a project by project basis, after this first pilot. It opens up what it believes is a $ trillion market. Eavor says this is an ideal partner to solar and wind, because it is not intermittent, but on tap and entirely predictable – Texas could really have done with a system like this, this part week. Eavor says it has several patents pending.

The Eavor-Lite demonstration Project is a full-scale prototype near Rocky Mountain House, a town in Alberta, Canada. Drilling and construction will begin in July. BP said it sees Eavor as complementary to its growing wind and solar portfolios.

China is the only country that has on record a significant amount of geothermal renewable generation, and it is underrepresented in most renewables portfolios around the world. 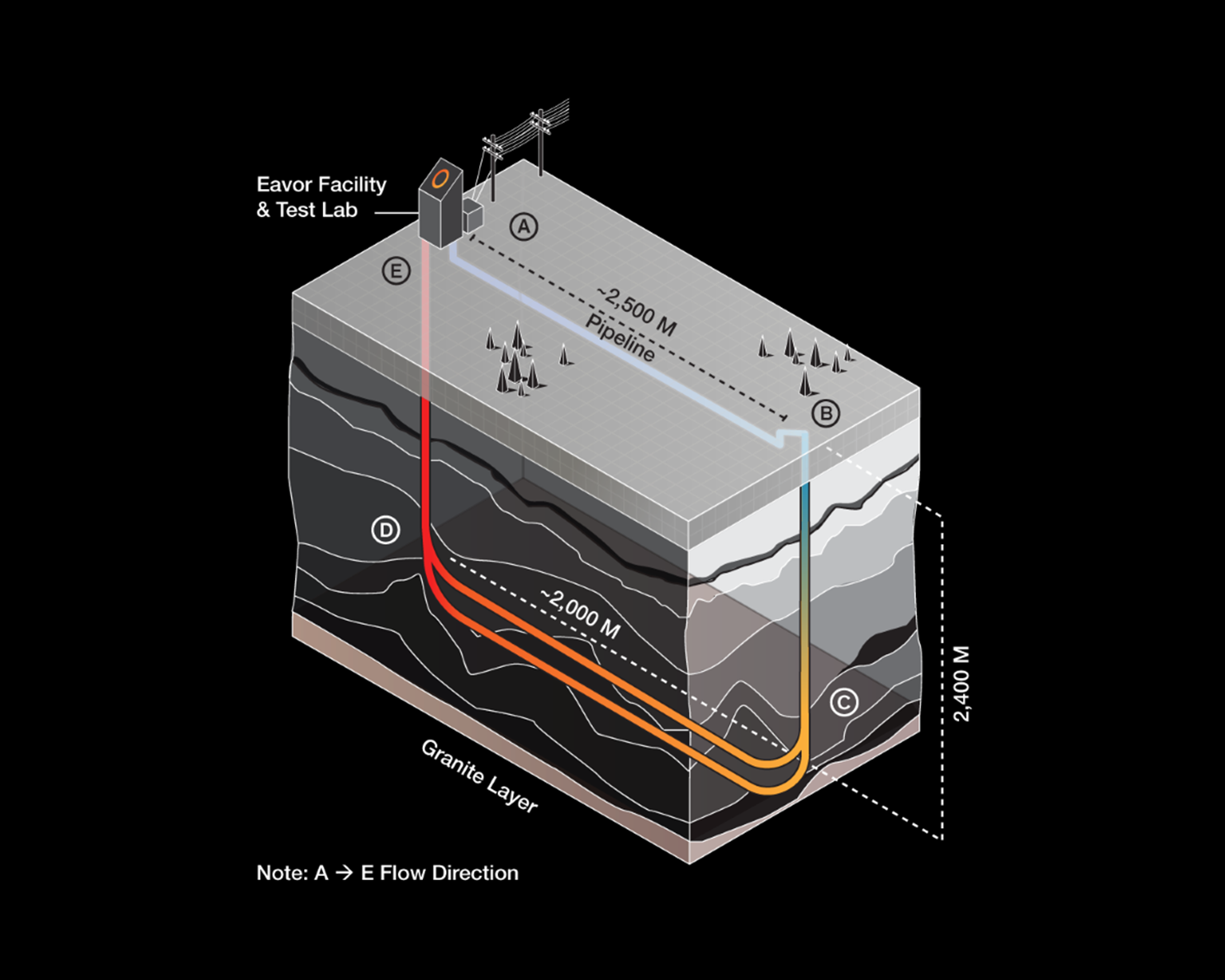