Is there time for one last chance for Concentrated Solar Power?

Concentrated Solar Power, which has lain moribund for a decade, is about to be reborn according to a new report from Rethink Technology Research, with global capacity to increase several times over by 2030. Concentrated Solar Power (CSP) will claim its place serving power grids, green hydrogen complexes, and industrial process heat in California, China, Australia, Chile, Spain, Southern Africa, and elsewhere.

The report, entitled Last Chance Saloon for Gen 3 CSP outlines how new technology developed in the West means that CSP can now provide temperatures of 1,000 degrees Celsius and even higher, enabling the technology to play a role in the decarbonization of the cement, steelmaking, and mining industries. At the same time, Chinese developers are steaming ahead at home and abroad, with molten-salt plants which will provide cost-effective overnight energy storage to the grid in locations ranging from Greek islands to Thailand. 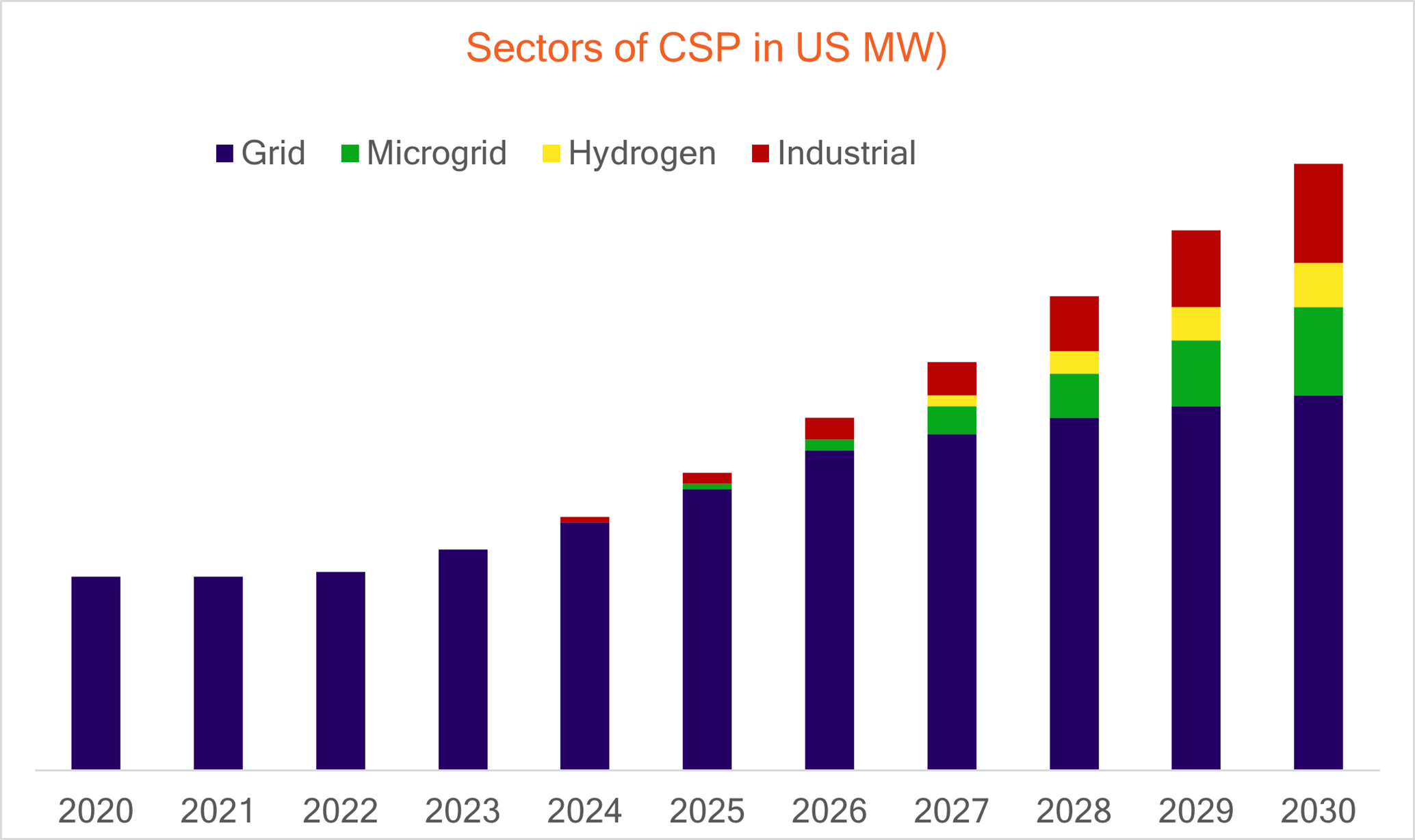 Though still small compared to the photovoltaic or wind power sectors, we expect annual CSP development to be an over $10 billion global industry by the end of this decade.

The forecast predicts that CSP thermal energy storage will play a role in most of the planned global green hydrogen complexes – those which will be built in Australia, the Atacama, central Asia, and other desert locations. This is backed by the already-made plans for thermal energy storage in wind-solar-storage renewable energy complexes in northern China.

This forecast describes the full variety of concentrated solar power approaches now being pursued, from traditional thermal oil and molten salt to the ceramics and other materials being used to accommodate thousand-degree temperatures. This even includes some start-ups pursuing lower-powered, ultra-cheap approaches or using satellite-grade photovoltaics in new hybrid designs.

This report is essential for senior strategists at power utilities, renewable developers, and EPC companies, investor-owned power resources and renewable energy investors. Because much of CSP research is currently at university level, also research laboratories and universities will find it a useful resource. CSP vendors and start-ups, and vendors of related equipment such as mirrors, high-temperature valves, thermal storage tanks and other equipment should buy this report to understand the true scale the industry will reach.

This report from Rethink Energy is available for $2,300 for a 1 user license and $3,800 for a corporate license. Customers will also get a free annual subscription to the Rethink Energy weekly analysis and full access to our archives.