Tesla sets record for EV charging, but national networks need to catch up 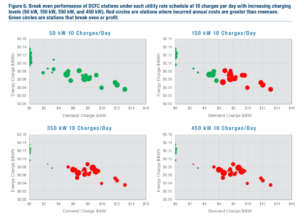 Tesla essentially had to build its Supercharger network to remove the range anxiety of potential customers. To this end, it has worked, and the company’s progress on expanding that charging network has put the rest of the market to shame. However, this imbalance needs to change, pronto, if the targets for EV adoption stand even a slim chance of being met on time.

For some context, Tesla has just announced that it served 72 GWh of electricity globally, through the Supercharger network in July. Launched in 2012, it took two years for Tesla to deliver 10 GWh total, at a rate of 72 MWh per day. A year ago, it had reached 405 GWh delivered, and now it has reached the 72 GWh figure in a month, a full year’s worth of that performance would put it at 864 GWh.

The July figure was delivered via 2mn sessions, across 1,617 charging stations and 14,087 charging stalls, which averages out to around 36 KWh per session. Tesla says that the 72 GWh compares to Hawaii’s total usage in three days, or Ireland’s daily usage.

The new Supercharger V3 unit is capable of delivering more electricity in less time, is going to form the basis of new charging stations. The first of these was unveiled in Las Vegas, and consists of 24 of the 250 KW fast-charging V3 units with 15 other Level 2 slower chargers, which are housed under a canopy filled with solar panels. A bank of Tesla Powerpacks are housed here too, to store surplus grid or solar energy. The chargers promise 180-miles of range in just 15 minutes of charging.

Tesla says that Las Vegas already accounted for 6,500 monthly charging sessions, and that the new site could serve 1,500 cars daily. Full capacity would massively inflate that monthly figure, but the station should see high usage. It is located at the LINQ hotel and casino, which is owned by Ceasar’s – a company that has partnered with Tesla here, as part of its goal of cutting its carbon emissions by 30% by 2025.

So, it seems clear that the other charging networks in the country need to catch up, especially as most comment sections for articles covering the news are full of anecdotes about how difficult it is to plan long-distance trips in non-Tesla EVs, and how much easier the Supercharger network makes it. But a recent study from the Great Plains Institute (GPI), part of the Midcontinent Transportation Electrification Collaborative, will cause some concern.

The study has concluded that nearly all of the high-voltage charging stations lose money, while the lower-power units are significantly more likely to be profitable. It looked at the Minnesota-to-Michigan corridor on Interstate 94, which currently has 425 Direct Current Fast Charging (DCFC) units, but NREL says that this number has to pass 4,000 by 2030, if EV adoption targets are going to be met.

So then, you need to increase the installed footprint by 10x, yet the GPI study says that these fancy DCFC units are unlikely to ever turn a profit in your region. It’s a classic chicken-or-egg problem, where all the DCFC units you install are going to bleed cash, until EV adoption reaches sufficient volume that they can break even and turn a profit with sufficiently high usage – and that’s not a great argument to take to the bank or an investor.

The GPI study found that a 50 KW charger would break even on less than a dozen daily customers. This is largely because the lower power requirements mean that they are not going to be hit by the high demand charges, which are what are being blamed for the unprofitability of the DCFC units. If you have to pay a premium for all that on-tap electricity, because you have such a high-power charger, then unless you can find a cheap way to supply that electricity, you’re going to be paying through the nose.

Not even Tesla has solved that problem in the new Supercharger station designs. The solar-plus-storage capacity isn’t enough to supply the needs of the station, and so it will be pulling from the grid and often incurring those demand charges. But the DCFC infrastructure is vital, if the promise of a 15-minute pit-stop for an EV being equivalent to a fill-up at a gas station is going to hold up.

A bank of 50 KW units can’t charge these cars fast enough to make this a persuasive sales argument. The new Tesla models are 5x faster than these, meaning that the 15-minute Tesla charge is going to take north of an hour on one of these units. At least these 50 KW units might turn a profit however, which is something that Tesla is not so concerned about, as the Supercharger network is a sales vehicle for its cars. If you’re a pure-play charging station provider, then this is obviously not an angle available to you.

The GPI study thinks that a 150 KW unit has about a 50% chance of breaking even, but if you pursue higher capacities, it “makes it nearly impossible for a station operator to break even.” Demand charges are the key problem. “There is clearly a balance to be struck between possible costs imposed by DCFC in certain settings, and considerable benefits from the increased EV adoption it can enable. The barrier to economic feasibility presented by demand charges is greater for higher capacity DCFC, which many industry experts expect will be needed in the future to allow for faster charging rates.”

There has been some recent M&A activity in the charging network game. Norwegian utility Statkraft has bought E-WALD and eeMobility, as it moves to expand from the Nordics, and fellow Nordic utilities Fortum and Vattenfall have made similar moves. Meanwhile, the Netherlands, is making €5mn available as subsidies for 472 vehicle-to-grid (V2G) EV chargers across 21 Dutch cities, which would serve as valuable grid assets.