For some context, total car sales in the US in Q2 were around 4.39mn units, up from 3.95mn in Q1, so EV’s still only account for around 1.6% in Q2. However, this imbalance shan’t last for long, in Volkswagen’s opinion at least. SVP for VW Group Reinhard Fischer said that EVs are near price parity with internal combustion engine (ICE) vehicles, at a trade event in Michigan.

“We strongly believe that the tipping point is near, and that tipping point will be price equity,” with VW’s new push into EVs due to bring substantial economies of scale to the game. It is looking at producing two to three million EVs annually by 2025, which, you will note, is still not even one quarter of annual demand in the USA.

Of course, the other way to frame that is that Tesla is just a fraction of the US market, and likely the global market, and so the automakers have got plenty of time to get their acts together. However, many of those cars have been positioned as direct rivals to the Model 3, and they are all failing spectacularly – if the objective is to dethrone Tesla.

If, however, the cars are being treated more like experiments, advanced R&D projects, then they are still worthy endeavors. If the automakers can retool factories and divert resources, to scale EV production from a fraction to a majority, then they can recover the market from Tesla. However, there are a lot of qualifiers here, and the biggest hurdle seems to be battery supplies. So what happens if the automakers miss their chance?

VW’s Fischer was adamant that results are just around the corner. “Once you overcome the fear of something new, the EV is the better choice for you. I don’t think it’s going to take a lot of convincing. There is a fundamental curiosity. Everybody sees the end state. When you put pencil to paper, owning a full-electric vehicle costs about half of what a gas car costs me to operate.”

As for hurdles, he said there was still anxiety among consumers about driving EVs in wet conditions, and that “range anxiety has now been replaced by charging anxiety. A hundred years ago, gasoline was sold at pharmacies. Today, we have 122,000 gas stations in the United States. It’s transformed from a bottleneck to a commodity. Electric charging is going to be exactly the same.”

This brings us on to the third snippet of news, where a wireless EV charging pilot scheme in Norway has had to be called off, after utility Fortum could not access any EVs with the capability. Announced back in March, the project was aimed at taxi fleets, to replenish batteries while waiting in taxi stands.

However, construction is now being put off until next year, due to the conversations with automakers proving more time-consuming than anticipated. “To be frank, we’ve not really had the traction we wished we would have, and it’s mostly due to the lack of commitment from any manufacturer,” said Ole Gudbrann Hempel, the head of Fortum’s public charging network in the country. Oslo remains committed, and the project has apparently attracted international interest.

Momentum Dynamics was going to provide the chargers, 75 KW fast-charging units that cost around $34,000 each – around 20% more than a conventional equivalent wired charger. The plan is to convert taxis to EVs, using the stands as a way to alleviate the range anxiety felt by the professional drivers, who should be able to charge their vehicles while waiting for their next fare.

In the US, the International Council on Clean Transportation (ICCT) estimates that the US would need to invest $2.2bn into EV charging infrastructure by 2025. Some $1.3bn of that needs to serve home charging, while $940mn would be put towards workplace and public charging. As lack of charging facilities remains one of the top reasons why potential EV buyers don’t complete a purchase, such investment is necessary to facilitate EV adoption. 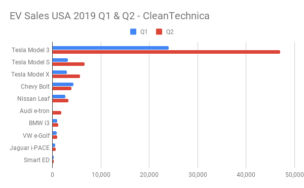