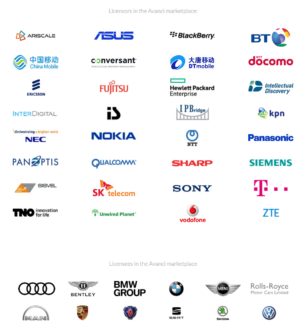 Avanci has announced that European MNO Orange has joined the Avanci patent licensing group, bringing the patent-owner membership count to 31. Ostensibly aiming to make licensing IoT technologies easier, the past couple of years of malicious litigation have darkened the mood in the industry. When Avanci finally starts to swing the hammer, it is going to be very poorly received indeed.

Collectively, the 31 companies are contributing their intellectual property into a pool, and then working out how much each bit of IP is worth to any given technology. Then, with the might of all those lawyers, Avanci essentially tells companies it thinks it can sue that they should pay up – distributing these earnings to the members according to that internal valuation breakdown.

Given that the emergence of mass-market IoT has been so retarded, the last thing that this sector needs is Avanci throwing its apparent weight around. Startups and global corporations alike are going to be exposed to this treatment, and depending on the eventual scale of this market, the hostilities witnessed in LTE licensing might pale in comparison.

Hardware patents are one thing, but software patents are, on the whole, rather spurious. In an age where open source is surging in popularity, particularly in the networking and cloud computing sectors, a sufficiently litigious entity would push companies closer to these open source opportunities – and we aren’t sure if Avanci is properly considering this aspect.

Similarly, we have no way of actually scrutinizing the IP involved in this patent pool, and so the first time we’ll be able to properly understand the validity of what is involved is when (perhaps if) someone decides to stick to their guns and take on the Avanci challenge in the courtroom.

“Joining the Avanci licensing platform illustrates our desire to value all our investments, intellectual property included. In the development of 5G technologies to the closest industrial applications and their ecosystems, connected cars areas and IoT are among the most promising,” said Lyse Brillouet, VP Intellectual Property and Licensing of Orange.

Now, Avanci is billing itself as a marketplace – a one-stop shop where companies can pay to harness these valuable technologies in their own offerings. However, it is selling a license to a group of technologies, rather than an actual commodity. Selling licenses to software-related technologies looks somewhat risky in this current climate, so Avanci had better have its ducks in rows when it decides to start swinging.

But we still have real problems with the way in which Avanci describes itself – “by streamlining the technology sharing process, Avanci is accelerating the growth of the IoT, but providing IoT manufacturers with an efficient and transparent way to access the wireless technology needed to bring their products online.”

Surely charging no royalties or licenses would be a better way to accelerate the IoT? Avanci’s platform might indeed be a better way of licensing, but personal politics are going to dictate whether you think the concept is sound. Yes, paying these very large companies licenses for using their IP sounds fair, but do you trust that their legal teams aren’t going to overreach and tie you up in embargos, injunctions, and hundreds of hours of very expensive lawyering. What exactly are your assurances that Avanci isn’t going to abuse its position of power?

Similarly, it’s not clear how Avanci settles disputes between its own members – many of which have already sued each other in the past over claims of patent infringement and intellectual property theft. How do those arguments get settled, and further, how do those parties put on a united front if Avanci decides to go after someone else for offering a similar-enough technology.

“Orange’s participation – along with the participation of eight more network operators in seven countries — demonstrates Avanci’s shared commitment with the telecom industry to simplify the patent licensing process for the automotive industry and make standardized technology more widely available,” said Kasim Alfalahi, founder and chief executive officer of Avanci. “Our one-stop marketplace is transforming the licensing landscape by providing a solution that balances the interests of patent owners and automotive licensees. This makes licensing more efficient, increases transparency, fosters continued innovation, and streamlines technology sharing for everyone involved.”

It has yet to add Orange to its website, however, but you will note that this list actually consists of 33 names, and not the ’31 patent owners’ mentioned in the Orange announcement. Nonetheless, there are 32 (soon to include Orange) names in the Licensors section, and it’s not clear which Avanci is not counting .

Notably, Avanci actually lists some Licensees now, but it appears that its only customers are automotive – Audi, Bentley, BMW Group (including Mini), Rolls Royce, MAN, Porsche, Saab, Seat, Skoda, and VW. If you actually look at the parent companies, then this is actually more like BMW, MAN, VW, and whoever owns Saab these days (National Electric Vehicle Sweden, apparently, but that company lost the rights to the Saab automobile branding, and this seems to have reverted back to Saab proper).

Now; Connected Cars was one area that Avanci set out to target, and so getting four customers there is a positive. However, the other sectors are empty so far – which should be a big concern, given the relative maturity of Smart Metering and Connected Homes. At launch, Avanci talked of tackling these first before expanding into other IoT markets, but progress appears to have been very slow.

Similarly, the Chinese market was always a concern for Avanci, and China Mobile joining in March 2019 might have initially been an encouraging sign. But with no other Chinese members forthcoming, expansion into that territory could easily stall. This would leave Avanci looking to tackle smart metering and smart home vendors, and there are some pretty big names in those markets that won’t take too kindly to such strong-arm incursions.