Broadcom has filed a bizarre lawsuit against Netflix alleging that the SVoD champ has directly knocked chunks out of its set top silicon business. Well yes, disrupting pay TV is precisely Netflix’s mantra, but the catch is that Broadcom claims Netflix has done so while infringing eight patents pertaining to video playback and data transmission. Isn’t it a bit late in the day for such allegations from the chipset giant? Broadcom references pay TV subscriber data from as far back as 2016, specifically for the substantial losses at the top five US operators, to support its defense about Netflix’s ruthless cord cutting provocation. Broadcom is really clutching at straws here. The company alleges that Netflix has built its entire business… 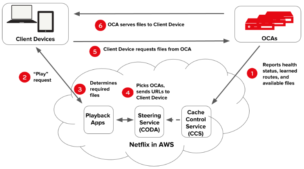