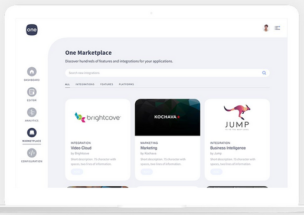 One of our primary goals when descending on a trade show floor for a few days is to feedback not just technology news but a holistic sense of the atmosphere emanating from vendors of various flavors. Often animosity is endemic of a major event like IBC, yet this year’s show offered up some extensive back-patting between the medium-sized video technology players – which immediately triggered Faultline Online Reporter’s suspicions.

Bouncing comments from rival companies off each other is a natural tactic for getting great stories and unique insights, so what can we draw from this apparent friendliness from those which on paper should be competing for the same accounts? Do we have a case of companies huddling together for warmth, in preparation for weathering an impending storm? If so, what form does this storm take? We got the distinct impression that this so-called ‘second wave of disruption’ in the TV landscape which many industry figureheads have been harping on about is beginning to cause a few tails to tuck between a few legs.

Vendors partnering to better each other’s business chances is not a new phenomenon, but one company is preparing to take this to the next level, which is where our journey to the huddling conclusion began. Swedish app developer Accedo was teasing new features of its Accedo One cloud platform, including a marketplace for allowing existing customers to instantly purchase products from other vendors to enhance their video ecosystems, be it recommendation software, analytics, CMS or billing.

Surely then Accedo has built itself a fortress from where it can exclude rival companies and expel any partner company which dares to step on Accedo’s toes with overlapping product portfolios?

“We can’t say we would exclude anyone and to be honest we haven’t even thought about excluding competitors,” responded a bemused looking Luke Gaydon, Accedo’s Head of Strategy & Solutions. “I guess we would allow competitors into the Accedo Marketplace. We’re all part of the same ecosystem and we would see nothing wrong with allowing customers to try technology from different vendors.”

Our doubts remain over whether Accedo’s Marketplace, due to launch fully in earnest early next year with an initial 16 partners, will really be as inclusive as the company claims, yet the approach is an interesting one that appears to put aside vested interests for bettering the wider TV ecosystem. Continued consolidation could be considered a contributing factor in play here, we suspect.

On that note, we slide over to 24i Media for a catch-up with a vendor only very recently acquired in an interestingly complementary deal by UK set top software specialist Amino Communications. The joint push at IBC was essentially about introducing existing Amino customers to 24i capabilities, with Japan’s PCCW perusing demos at the same time as us. Fittingly, another Dutch app developer was acquired this week, with Metrological falling to Comcast (see separate story in this issue). It’s no coincidence that two companies so similar have been snapped up in such a short space of time, yet their respective acquirers are worlds apart.

Amino decided to make 24i’s stand a joint home at this year’s IBC, with representatives from both sides outlining a roadmap involving emphasis on BYOD and tightening up competition against Roku and Apple TV. Amino and 24i are also working on supporting Roku but this will take some time given the particularity of the platform, we were told at IBC. In a brief demo, we finally get to see 24i’s famed modular framework, showcasing a neat configuration manager for creating features like playlists and movie sliders. We particularly liked the inclusion of a little algorithm for adapting the color of the play button in the UI as the background changes with the preview clip, so the play button never disappears into camouflage. It’s the little things.

Highlighting partnerships for the 24i SmartOTT Backstage app management platform (essentially a fancy cloud-based CMS built using), the vendor lists Bitmovin, Brightcove, Kaltura, Xroadmedia, Iris.TV, JumpTV, Freewheel, Cleeng and more. Partner ecosystems or marketplaces or however you want to phrase them are becoming increasingly common, forming some sort of safer-in-numbers defensive stance as tier 1 in-house developments and other technical advancements become an ever-growing threat. A sizable fortune would have been amassed by now if we received a dollar for every time a vendor told us their primary competitors are in-house R&D teams at operators, broadcasters and media conglomerates alike.

Next up was Kaltura, fresh off the back of Vodafone expanding Vodafone TV into Romania, Greece and Portugal, which the vendor actually completed a while ago but was only recently allowed to talk about publicly. Covering Vodafone in the past has been a farcical chore, trying to make sense of fragmented technology foundations across the telco’s footprint, so in a sense we have to thank Kaltura for assisting Vodafone in aligning its ecosystem.

Kaltura assured us the expansion of Vodafone TV from 2 countries to 6 is just the beginning and some scalps will be claimed as a result. So, a slightly less friendly approach from Kaltura on that front, but the company has jumped into bed with 3SS and Technicolor, integrating Kaltura Cloud TV with the ever-popular 3Ready program for targeted TV with OTT and OVP back-end integration.

Unfortunately, our visit to Kaltura’s IBC booth did not allow time for the ‘Future Demo’ – where conceptual ideas were being showcased for what the future of video will look like. We were told it involves video platforms learning and adapting to viewers thanks to AI and Kaltura plans to be an early mover in this space – dubbing it the Cognitive TV era. It believes data and AI will drive the next generation of TV services, building on 2018 when data began meeting the TV, then by 2023 evolving into the convergence of AI and cloud TV involving conscious and learning services.

As alluded to earlier, the “second wave of disruption” primed for the TV industry, due to new streaming video entrants, was most recently voiced by BBC director-general Tony Hall. “Our industry is about to enter a second wave of disruption. The first was about the rise of Netflix, Amazon and Spotify – market shapers that fundamentally changed audience behavior, often at the cost of huge losses or massive cross-subsidy. The second wave will see a range of new entrants entering an already crowded market. We saw it as Apple announced its new subscription service. Disney, Hulu and others are to follow. This is, of course, great for audiences. Possibly.”

Hall warned however that content makers like the BBC will begin pulling titles from SVoD giants to make assets exclusive to their own direct to consumer streaming services. Hall seems to have forgotten though that the likes of Netflix are not simply homes for content anymore, but serious studios investing substantially more into original content creation than the BBC can currently match.

“In this market, services that are distinctive and different will stand out, and two vital things make us different. Firstly, we have a unique mission and purpose, all audiences – young and old – believe in it. Purpose and values matter today more than ever, as people pick and choose services for ethical reasons as much as economic ones. Secondly, no one offers the range of content, in so many genres, on so many platforms, as the BBC. We’re not Netflix, we’re not Spotify. We’re not Apple News. We’re so much more than all of them put together,” declared Hall.

Granted, the BBC has always been ahead of the curve, but to assume the BBC is immune from this so-called second wave of disruption is naïve.