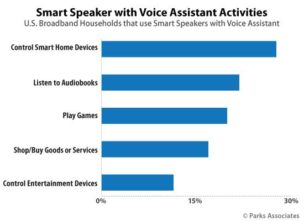 The FCC has entered discussions to reverse a ruling which currently bars mergers between any of the top four US networks, NBC (Comcast), ABC (Disney), Fox and CBS, according to Reuters. Ajit Pai is heading up talks on whether the 1940s ruling blocking dual-ownership of big four broadcasters is still relevant in this day and age, as the Chairman adds another note of controversy to his legacy.

Verizon has rolled out Fios TV One, a new video offering kitted out with a voice remote, Netflix integration and 4K UHD support. A package for Fios TV One with Fios Gigabit Connection and phone costs $79.99 a month with a year of Amazon Prime and Amazon Echo. This is most certainly an emergency strategy.

YouTube, Facebook, Instagram, Oracle, Nielsen and more have signed up for the Pixability Connect Program, a video advertising marketplace of the top video platforms providing creative data measurement. Pixability says video marketers can broaden their partnerships, extend their expertise, and isolate the right set of partners through the new program.

Switzerland is the only country in the world where 60% of homes and businesses have access to 80 Mbps broadband, according to Swisscom. The local operator claims it has reached 3 million premises with its upgraded network and has promised to cover 90% of the population by 2021.

Turkish MNO Turkcell has chosen Dutch software firm Metrological to deliver an integrated TV App Store for all Turkcell TV+ subscribers. Turkcell will be able to source content from Metrological’s library of more than 300 TV apps.

French conditional access firm Viaccess-Orca (VO) has said that Brazil’s new Guigo TV will be powered by VO’s TVaaS cloud-based TV platform, with VO DRM and VO Apps. It will offer live channels split by ethnic, finance, kids, fashion, and sports content, to subscribers on all screens. It claims to be the first Brazilian OTT subscription service with live TV channels.

US content and channels provider Cinedigm has acquired Swiss OTT VoD service Viewster and its subsidiary platform Viewster Anime, trademarked in 30 countries. The content will be combined with Cinedigm’s library with the company taking over operation of all content, applications, and social assets belonging to both platforms. Ad sales will be handled in-house and Cinedigm expects the acquisition to be completed in January.

Japanese MNOs SoftBank, NTT Docomo and KDDI have decided not to use Chinese equipment in their 5G networks due to rising security concerns from the Japanese government who have blocked Huawei and other Chinese companies from public procurement. E-commerce company Rakuten, which will become Japan’s fourth mobile operator in 2019, has already selected Nokia products for its network.

Fox’s streaming service FoxNow is coming to Europe through Spain’s Vodafone TV, including full seasons of series from the Fox and Fox Life channels and the Walking Dead, Deep State, False Flag and Legion as well as Vis a Vis, Fox Espana’s first local production with Mediapro‘s Globomedia.

CBC, the Canadian public broadcaster, has a new streaming service called CBC Gem, and says it will have 4,000 hours of live and on-demand programming and this includes a co-production with Netflix called Northern Rescue. It will offer some French language content too and comes in two flavors, free with ads, or SVoD for C$4.99 a month. The library is mostly Canadian and includes content from A71 Entertainment, Elevation Pictures, eOne, levelFILM and Mongrel Media, and some content from the BBC in the UK.

In the 2004 timeframe, Sony had a rival to Apple iTunes, and now suddenly it seems to be back in the music business with a high definition streaming service built around the Rhapsody technology and launched only in Japan at around $20 a month, called Mora Qualitas. It cites Rhapsody’s Powered by Napster platform, using lossless FLAC files in 24-bit/96khz and goes up against Spotify and Apple Music and other services already in Japan.

Adtran has acquired Vancouver based SmartRG, a provider of open-source smart home software for broadband service providers. It offers cloud-management, analytics, WiFi-enabled residential gateways and its SmartOS software platform. The company’s executive team and employees will remain in place and it claims to have 3 million devices attached, with 1.3 million in North America.

Telefónica has caved in like so many other operators and is now going to market Netflix alongside its Movistar offering in Spain including paying all services on one bill. It will be bundled in Movistar’s Fusión Total Plus, and certain categories of subscribers can watch Netflix in HD or UHD. For an introductory price of €85 it will offer Netflix and sport and all movies, as well as all TV channels.

Sky has called for a ban on advertising betting services on live sport in the UK. It follows proposals from the Remote Gambling Association (RGA) to drop such advertising. Sky will also use its AdSmart technology to let people block gambling ads if they want from June 2020.

NBC-Universal will launch its international SVoD service Hayu in three more European countries – Netherlands, Belgium and Luxembourg. It is already on sale in the UK, Ireland, Norway, Sweden, and Finland, as well as in Australia and Canada. The service offers 6,000 episodes from 200 different reality TV shows shown same day as they premiere in the US.  Price will be €5.99 a month.

If WiFi services are taken into account when considering the T-Mobile merger with Sprint, one analyst group feels that it would go through on the nod. The report comes from Furchtgott-Roth Economic Enterprises, which explained that at present antitrust authorities use out of date definitions for subjects like net neutrality and spectrum decisions and it points out that roughly 75% to 85% of wireless traffic now goes over WiFi.

South Korea’s government has passed a new law that makes boosting odds in gambling apps illegal, because such systems also affects the odds adversely of people who do not use the odds boosting system. This has now become punishable by a two-year jail sentence or a fine.

iflix now says it reaches 270 million users after adding a further 41 million with deals at Globe Telecom in the Philippines and PT Telekomunikasi Selular (Telkomsel) in Indonesia and AIS in Thailand – all SingTel affiliates. The actual number of subscribers that iflix has is around 15 million, but it is carried by operators who can potentially reach 270 million.

US cable operator Cable One says that from next summer it will be known as Sparklight and it will also streamline its residential internet service plans and pricing, offering faster speeds, and unlimited data.

Liberty Global put out a statement welcoming the decision of the European Commission to move to a Phase 2 review of Vodafone’s acquisition of Liberty Global’s business in Germany, Hungary, Romania and the Czech Republic. And it says it is on track for approval by mid-2019. Do they know something we don’t?

IMDb has unveiled this year’s Top 10 Movies and TV Shows of 2018 with the Avenger’s Infinity War in front followed by Black Panther and Deadpool – strangely strong on CGI and comic characters. While the leading TV series were The Walking Dead, Black Mirror, Westworld and the Handmaid’s Tale, some of which actually had some acting in.

US firm iGlass says it has a sub-$300 set of high-performance AR Glasses which it will show at CES 2019, and calls it a Mobile AR Theater. The glasses can let you feel like you are watching TV on a 120-inch TV screen, which isn’t even there. Microsoft HoloLens and Magic Leap will be furious.

US research firm Parks Associates says that 28% of Smart Speaker owners use them to control a Smart Home Device – like a thermostat or the lighting. This compares with only 12% who use it for entertainment control. Which leaves 60% who use it for other activities – see graph below. Sounds like everyone buys it to change TV channels and then fails to hook it up. While we are on Parks it has another report out this week which says 13% of US broadband homes are cord cutters, 7% are cord shavers, and 4% are cord nevers.

The US film industry says that data compiled by IBISWorld shows that the American film industry will grow at a CAGR of 2% to $47.9 Billion by 2022 and this means it is growing slightly faster than the US economy. Yes, but surely it’s a global business and that’s less than inflation.

US encoding firm Harmonic said this week that Hilliary Communications, an Oklahoma based cableco has deployed its CableOS virtualized cable access system to take it to DOCSIS 3.1 and create a new 1 Gigabit service tier.