Virgin Media published a peculiar and somewhat unique press release last week which is worth visiting in a little more depth. Trials are currently being carried out by the cable operator in a small English village, described as delivering TV services and gigabit broadband wirelessly over full fiber in a world first. An oxymoron no-less which needs expanding out.

The Liberty Global-owned operator has hooked up two antennas 3km apart, called trunk points, between which a 10 Gbps signal is being transmitted using high capacity mmWave technology. A cabinet containing the DAA (distributed access architecture) node and inverted node then handles the conversion process into a DOCSIS signal, with the DAA node interfacing with the inverted node, ultimately allowing TV and broadband services to be delivered over a FTTH connection to the Virgin Media premises, as shown in the image below.

These trials represent a significant step forward in the case for shifting to DAA. These technologies are driving the way towards virtualization within core networks – with Virgin Media claiming a world first instance of a wireless trunk link being used to deliver services in DAA models. In the case of fiber, DAA creates a more software-defined network environment and therefore brings digital fiber signals closer to premises.

Lower capacities are congested with TV signals so using mmWave for delivering TV signals and then down converting to fiber could be a serious contender against satellite-delivered TV and broadband services. The shorter wavelengths and higher frequencies of mmWave, between 30GHz and 300 GHz, allow for much faster data transfer speeds, albeit at lesser distances.

While it’s unclear if extending much further than the current distance of 3km is an aim of Virgin Media in the long term or indeed technically possible yet, the operator has noted that the 10 Gbps radio link can sustainably support delivery of residential services to 500 homes when considering a 40% average annual growth in data consumption. Furthermore, following configuration changes, the radio link can be upgraded to support a 20 Gbps connection – meaning 2,000 homes could comfortably be connected in one area.

For now, the tiny trial has connected 12 homes initially in a UK village near Newbury, using wireless technology from Ericsson. These homes are receiving 1 Gbps download and 150 Mbps upload speeds in tandem with a full line-up of TV services from Virgin Media. Residents are connected directly with fiber and use Virgin Media’s Hub 3.0 router and V6 set top, manufactured by Arris and running TiVo software.

Crucially, cost savings for fiber operators could be substantial by breaking up the delivery process with a wireless leap between points of presence.

Tying mmWave technology so explicitly to delivering TV and internet services without a single mention of 5G is indeed a rarity. A quick Google search however brings up an IEEE paper published way back in 1989 investigating the case for using mmWave in a DTH multichannel TV delivery system – but there is little evidence to suggest Virgin Media’s mmWave TV trial is anything other than a world first. Liberty Global has often focused on the UK to carry out its more innovative and ambitious projects.

But as our sister service Wireless Watch pointed out recently, the 5G rollout is as much about fiber as wireless. Ericsson isn’t the only networking vendor getting in on the act – Nokia executives have often said that 5G is a wireline network as well as a cellular one, and the company has supported that view by abandoning a previous strategy to focus only on mobile broadband, and invest heavily in wireline technologies courtesy of the acquisition of Alcatel-Lucent.

Virgin Media CTO Jeanie York said, “As we invest to expand our ultrafast network, we’re always looking at new, innovative ways to make build more efficient and connect premises that might currently be out of reach. While presently this is a trial, it’s clear that this technology could help to provide more people and businesses with the better broadband they deserve.” 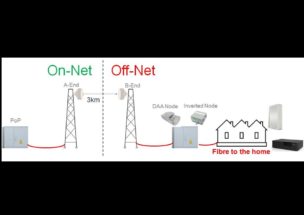